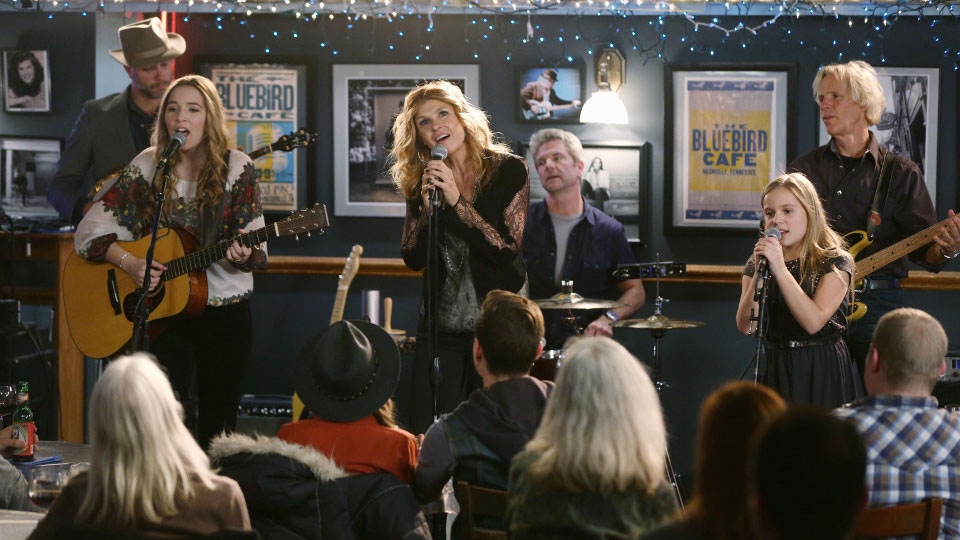 Rayna (Connie Britton) buckled up for a whole lot of drama after cancelling her wedding to Luke (Will Chase) on the latest episode of Nashville.

An emotional Luke went straight to Deacon’s (Charles Esten) to confront his love rival believing that Rayna was with him. The two ended up in a fist fight but little did Luke know that Rayna wasn’t ready to be with Deacon either. She asked her long-time love to give her time and space whilst she got her head together.

Elsewhere in the episode Maddie (Lennon Stella) was angry that Deacon wasn’t the reason Rayna called off her wedding, Layla (Aubrey Peeples) recovered in hospital following her overdose, and Avery (Jonathan Jackson) moved in with Juliette (Hayden Panettiere).

The next episode of the season is I’ve Got Reasons to Hate You. Juliette’s pregnancy is making her stir crazy. Scarlett (Clare Bowen) plans a surprise for Deacon, but it doesn’t turn out as she’d hoped.