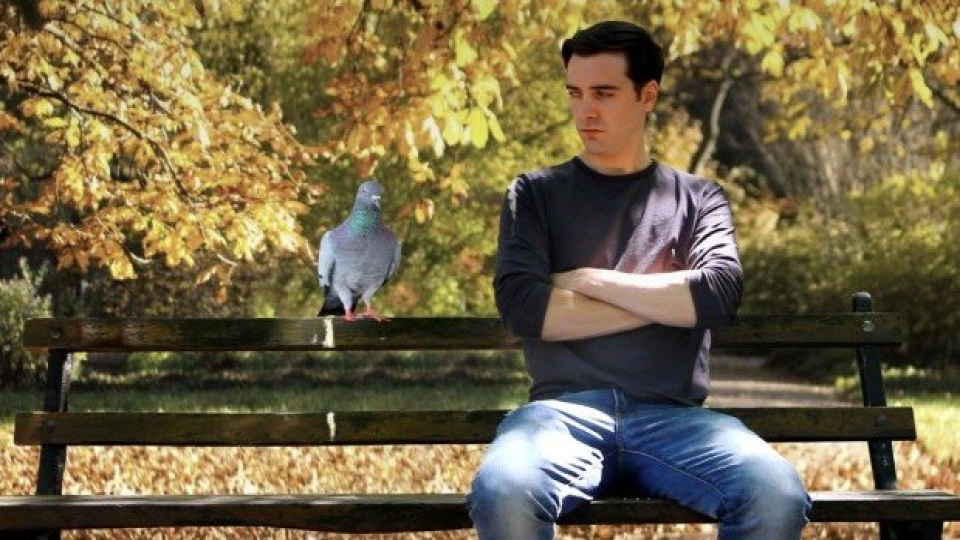 Homer is a live action comedy short film about Aaron, a compulsively clean city broker, his beautiful and way out of his league girlfriend, Lexi, and Homer – a pigeon. They are seeking funding to tell their pigeon story and get the project off the ground.

This is Pink Panther and Tom and Jerry cartoons personified, with tragic hero Aaron being constantly outwitted and usurped by a common, pesky bird, driven out of his mind in a battle of wills. But this is not a cartoon, this is a live action comedy based on a true story!

There is no dialogue in Homer. There may be the odd gasp, sign, groan or whoop, but essentially it’s played out through looks and exclamations. Casting is key.

Music plays a very significant role in creating the atmosphere and pace of the film. The music will be composed, with motifs applied to the three characters and refrains repeated to emphasise the constant battle waging, all building up to our Sergio Leone-style face-off at the finale.

For more info about the film, check out the website.

In this article:Homer, Homer the Movie