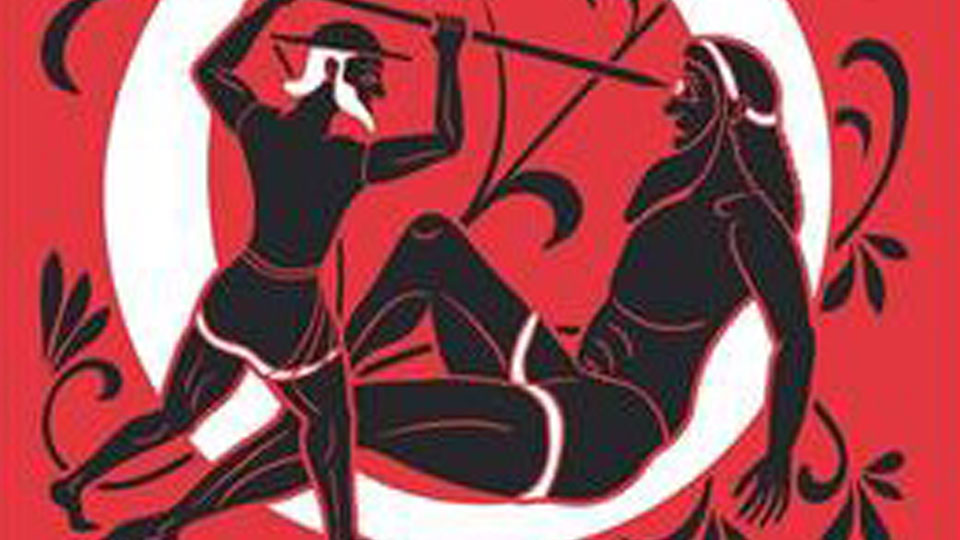 Re-reading the epic poem The Odyssey with this new translation by Stephen Mitchell is a reminder not only of its significance as an early literary masterpiece of the West (dated to around 620 to 600 BCE) but also its beauty as a work of art.

The tale of the world-weary soldier who endures countless hardships and mishaps on his ten-year journey home, following a decade of war, is as universal as you can get. It resonates to modern readers as much as it did to our ancestors. In Odysseus, we have a fascinating and compelling hero. He’s a survivor imbued with great wisdom, but one who is flawed: easily distracted, vain, and lacking in leadership skills.

Stephen Mitchell, who previously translated the earlier great Homeric poem The Iliad to great acclaim, now presents The Odyssey, which picks up the events after the Trojan War, focussing on the triumphant Odysseus’ long journey home. The two magnificent books will stand neatly side by side on any bookcase. His approach with The Odyssey repeats the same successful formula: he uses pentameters to present the text in the form of a poem (many earlier translations were made into prose) with an economy of language, excising many repeated fixed epithets (there are only so many times you need to read that dawn is ‘rosy-fingered’) in an aim for clarity and pace. In his endeavours Mitchell resoundingly succeeds, creating an eminently readable, flowing narrative that captures the beauty of the language whilst rendering the poem accessible to all readers.

The freshness of Mitchell’s translation marries well with the storytelling techniques of The Odyssey. It’s a surprisingly modern tale. Thus we have filmic-style transitions between scenes, and a delay to meeting the hero of the piece, as well as a non-linear chronology. We learn first about Odysseus’ son Telemachus and wife Penelope, and their plight on his native Ithaca, where Odysseus is desperate to return to; letting the audience in on what remains a secret to the hero: he’ll have more battles to face once he achieves his ambition of seeing his homeland again. When we first meet Odysseus, he’s like James Bond after a mission. We find him in bed with Calypso, a beautiful sea nymph who is insatiable for sex. Despite the cosiness of his set-up and the offer of eternal life and youth, Odysseus gives it up to head back to sea.

We follow Odysseus’ plight, learning in flashback (again, how cinematic!) about how he ended up on his own after rubbing up Poseidon god of the sea the wrong way. Intervening gods, strange mythological creatures and distant lands populated by curious societies all form part of the rich tapestry of Odysseus’ epic tale (is he even a reliable narrator?). The story can’t fail to capture the imagination of contemporary readers with its breathtaking invention.

Mitchell writes an introduction in which he explains precisely how he has approached the text and the meanings he derives from The Odyssey. It isn’t a dry academic thesis, but instead offers insight into the translator’s thought processes during his mammoth task. It’s not necessary to read of course: the poem stands on its own merits.

Released as a hardback book (and also available as an ebook) with a strikingly designed red dust-jacket and printed on thick paper, The Odyssey is beautifully put together and an attractive book to hold and read. It’s the sort of text worth revisiting more than once in a lifetime, and Mitchell deserves great credit for providing a new translation that will appeal to modern readers and see the Homeric tales thrive amongst the next generation. Purists and classicists may have their own favourite translations, but in terms of giving The Odyssey clarity and accessibility, Mitchell’s translations should be the first port of call to anyone who’s never yet read the Homeric poems but has always meant to.