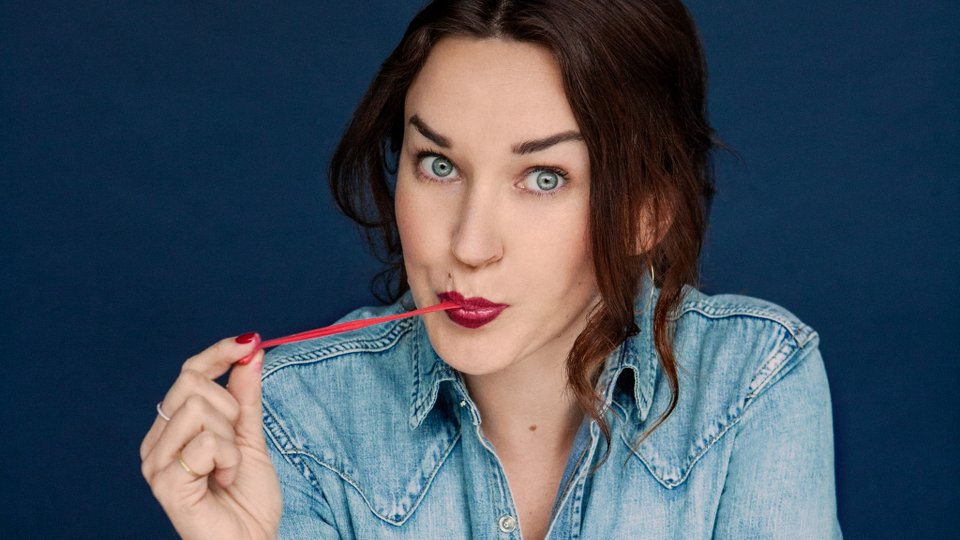 Sunny Ozell is kicking off a new regular playlist feature for EF where artists select tracks that they love and tell us what they mean to them.

The New York-based folk/jazz singer is gearing up to release her debut album Take It With Me on 31st July 2015. The album is a collection of carefully chosen covers with Sunny infusing her own musical style into them.

Sunny is married to actor of the stage and screen Sir Patrick Stewart, who has helped and supported her musical ambitions. It’s not hard to see why he did as Sunny is a singer on the rise with much promise for a bright future.

Estou Triste by Caetano Veloso off his 2014 record Abracaco

I’ve always adored Caetano. In fact, I adore Brazilian music in general, so much so that at university, I took a year’s worth of Portuguese classes in order to appreciate the genre more fully. Caetano is a poet, and his voice is a pure and beautiful human bell. Any chance I get, I’ll go and see him live (five times now to date) and as a performer, he’s everything I aspire to be: generous, daring, meticulous, cheeky, and gracious. Caetano enfolds you with his gratitude—I’ve never met him before, but I know Caetano loves me. I could go on and on, waxing lyrically about this genius, but instead I’ll just say I’m fairly certain that Caetano Veloso is a being made of light, perhaps an angel…

Gram Parsons left the world all too early at the age of twenty-six. Had he lived longer, I can only imagine how huge his contribution to music would have been, given the small but brilliant catalogue he left behind. In some ways, we have him to thank for the Emmylou Harris of today, and their duet on this tune is one of the great duets of the early 70’s, in my not-so-humble opinion.

In 2000, D’Angelo’s record Voodoo was more or less the only record I listened to all year. In fact, that record has been in heavy rotation ever since, but it’s very anchored in a specific part of my life—my early twenties. Fourteen years is a long time to wait for the follow-up to any record, let alone one I cared about as much as Voodoo. When D’Angelo dropped The Black Messiah, and I finally sat down and had a proper listen to this righteous record, it was as if he’d somehow folded time back on itself, and I was gazing down from a high vantage point over the last decade-plus of my life. The first cut, “Ain’t That Easy”, is a master class in modern soul and funk—a reverent distillation of all that came before.

I discovered Gillian Welch and David Rawlings very organically; they were playing at a folk festival I attended in a little town called Lyons, Colorado, and I’ve been a rabid fan ever since. There’s something transporting about Gillian’s and David’s songwriting…they have the remarkable ability to write new songs that sound as familiar as an old hymnal or maybe a melody that your grandmother used to hum. Their tunes are simple but deeply heartfelt, and laser-precise. “Hard Times” feels to me almost like a kind of benediction: “…hard times…ain’t gonna rule my mind…” Who doesn’t need a reminder like this?

I have to say up front that it’s rather challenging to pick just one track off this seminal 70’s gem, but I just love this version. Donny’s vocal is some seriously moving stuff, and the audience’s involvement only adds to the impact. Some of this album was recorded in a club in Manhattan called The Bitter End. It’s still there, still open, and this venue factors pretty prominently in the life and times of much of my musical family in New York City.

Over and Over by Fleetwood Mac off their 1979 record Tusk

I’m a huge Christine McVie fan. (This is a very important distinction to make, in the world’s ongoing and much agonized-over Christine-vs-Stevie debate.) My parents have a stupendous collection of vinyl, and much of my early music exploration was thanks to them. I loved Tusk long before I was old enough to understand how heavy it was, and what it must have cost them as humans to make. “Over and Over” is a testament to the profundity that is Fleetwood Mac’s rhythm section: the steady, lucid pulse of the bass and drums, paired with Christine’s airy and emotive vocal makes this tune feel like its perched on the head of a pin (a deliciously dangerous kind of tension).

Sugar by Stevie Wonder off his 1970 record Signed Sealed & Delivered

There is hit after hit on this album, but somehow this tune doesn’t seem to get it’s due. It’s a monster jam, with crushing horn lines, drums that are played delightfully too hard, and a big powerful modulation in the middle that is a giant f pay-off. Stacked vocal harmonies round out the joy. I defy someone to not absolutely love this song.

I’ve always enjoyed latin music, but I came to Hector Lavoe a bit later in my life, and I’m happy I did. I find his music to be rather mature, and I’m not sure if some of his more tragic and difficult tunes would have resonated with me when I was younger. Through Hector, I’ve also fallen deeply in love with the entire Fania catalogue (Fania was a NYC salsa record label in the 70’s that released some incandescent music that came right out of Spanish Harlem). The lyrics of this tune are heartbreaking—he’s basically lost everything (and there’s some auto-biographical truth here for Hector) but he still believes there will be a day when his luck turns around: the “dia de mi suerte”.

I don’t think too many folks are familiar with this odd little masterpiece of Paul Simon’s. It’s a fairly unusual album, and the song “The Teacher” is beautifully strange, and even a little creepy. Paul Simon is one of those rare songwriters who somehow manages to effortlessly merge sonic meaning with lyrical content, and I think “The Teacher” is a great example of this alchemy.

Spoon make beautiful, old-fashioned rock records. They’re a band that, were they to have formed in the glory days (the 70’s or 80’s) of the recording industry, they’d be selling tickets the same way The Stones do today. Their music just sounds classic. And “Finer Feelings” I think is almost a kind of record industry lament: “sometimes I think that I’ll find a love…the one that’s gonna change my heart…and I’ll find it in commercial appeal, and then this heartache will get chased away.” Making music in this day and age (if you have any creative integrity) is a constant tug-of-war with the your inner voice that drives you to make something personal and truthful, and with that external, commercial voice (that is becoming more and more oppressive every day) pulling you towards what people think of as “profitable”. I could be wrong, but I think Spoon have stared down this conflict, and have made the right choice.