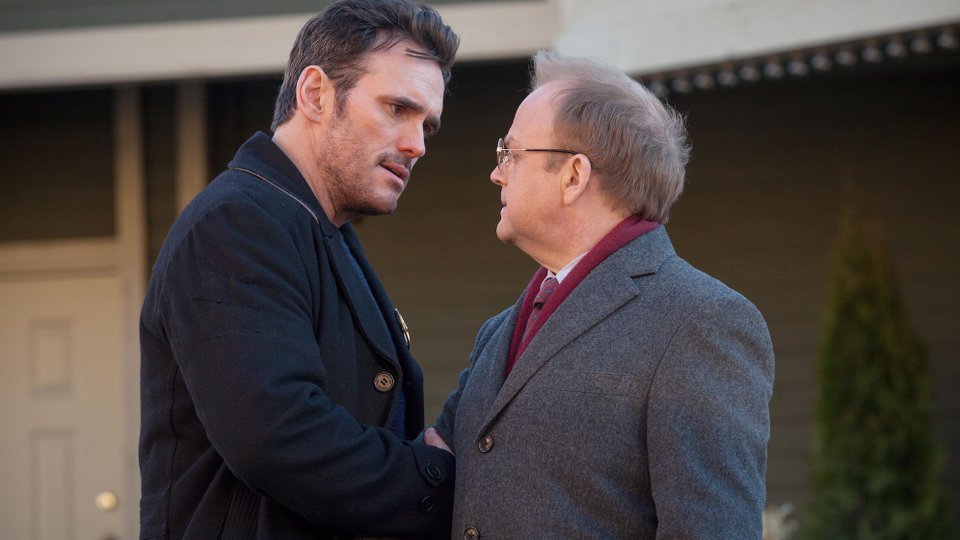 Ethan Burke (Matt Dillon) knows the truth about Wayward Pines but unfortunately his family and friends don’t believe him.

In the latest episode of the season, Ethan was shocked to discover a bomb planted in his car and after working with Pam (Melissa Leo) he discovered that there was a small group of people trying to cause destruction in the town. His investigation led him to Kate (Carla Gugino) and her husband Harold (Reed Diamond) but he soon realised that the splinter group was bigger than he thought.

The episode came to an end as Ethan followed a delivery truck with a bomb in it that exploded with Ben (Charlie Tahan) and Amy (Sarah Jeffery) in the back.

Elsewhere in the episode Theresa (Shannyn Sossamon) continued to investigate the town and was shut down by Big Bill (Mike McShane), and Ben and Amy learned that the school was encouraging its students to procreate to deliver the first original generation.

The next episode of the season is The Friendliest Place on Earth. Ethan investigates the insurgent group after they create chaos in town. A Fellowship Gathering is called to distract and reunite the townspeople.

Tune in to FOX at 9pm on Thursday to see the episode. Preview it with our gallery below: