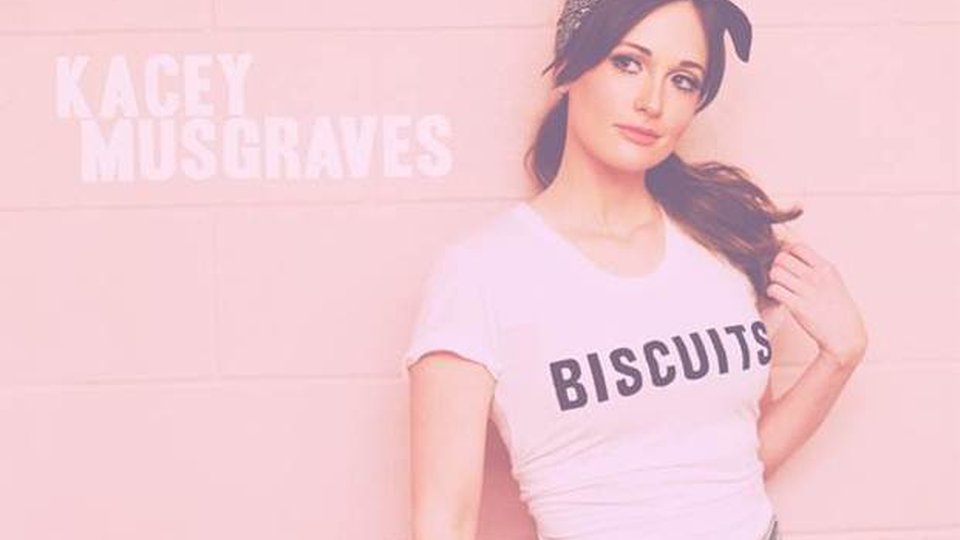 Kacey Musgraves made quite the impact in 2013 when she released her debut album Same Trailer, Different Park. The album hit number 1 on the US Country Chart and peaked at number 2 on the Billboard 200. Four hit singles – Merry Go ‘Round, Blowin’ Smoke, Follow Your Arrow and Keep It To Yourself – were released from the album with Follow Your Arrow proving to be the biggest hit and causing controversy for Musgraves throwing her weight behind the LGBT community. Two years on from Same Trailer, Different Park Musgraves is back with her second studio album Pageant Material.

Pageant Material is a clear progression from Musgraves’ debut album and sits more neatly in the traditional country genre than the modern folksy country she made her breakthrough with. Lead single Biscuits reminded fans of the singer-songwriter’s knack for an observational and witty lyric, and features a sing-a-long chorus that is near impossible to get out of your head. It’s a suitable taster for the album and a perfect bridge from Same Trailer, Different Park.

The album kicks off with the country throwback High Time, which sees Musgraves paying homage to the early days of leading female stars such as Dolly Parton. Complete with catch whistles and yearning vocals, it’s a strong if not unexpected start to the set. The second track takes you back to more familiar territory with the punchy Dimestore Cowgirl, which sees Musgraves in a reflective mood revisiting her roots.

For the most part the album is packed with Musgraves’ trademark wit and clever wordplay. She’s a real storyteller and makes the most of her vocal abilities. She may not have the power of someone like Carrie Underwood but her gentle voice shows a lot of depth and emotion across the record. Family is Family sees Musgraves embracing southern drawl, This Town pairs her voice with a bluesy beat, and Fine is a swoonsome ballad that should please fans of traditional country.

There are a couple of standout moments on the record. The acoustic-lilt of Late to the Party is a heartwarming tale of love that features a dreamy melody, and the plucky Cup of Tea where Musgraves laments on the fact you can’t please everybody all of the time.