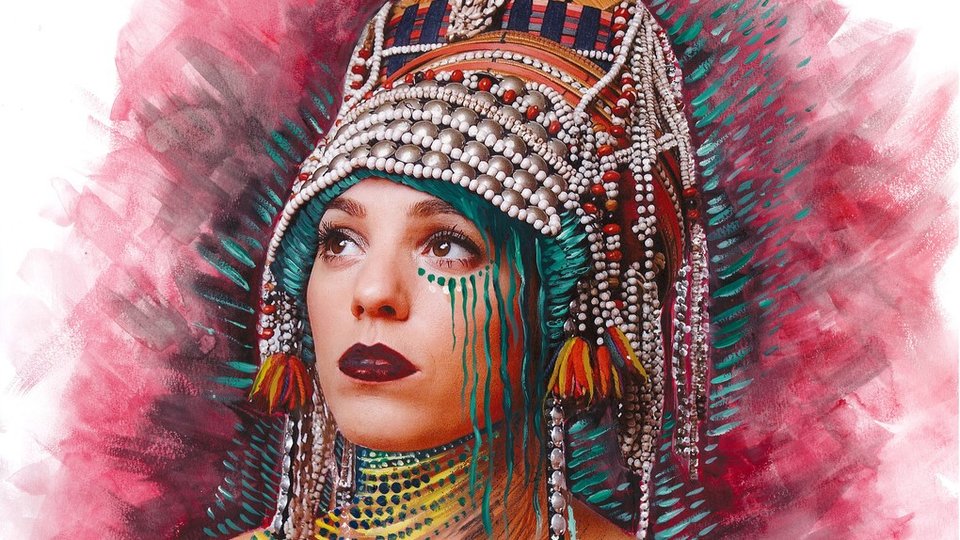 Malka is the new reincarnation of singer, Tamara Schlesinger also known as the front woman of acclaimed 6 Day Riot. The young artist is no stranger to chart success and has toured the UK and US in recent years. Her music has been synced to TV shows such as Skins and also on hit American movies such as Scream 4 and 127 Hours. Her new venture, as Malka is a different one altogether and shows a different side to the artist’s musicianship. EF reviewed the new album Marching to Another Beat and here are our thoughts.

First up is Into The Night, which wraps you up in its warm haunting beats. The song is bold and has a tribal feel to it that is only topped by Schlesinger’s vocals. Into The Night is big and paves to way for the rest of the album. Wrap It Up picks up where we left off with that same tribal vibe and Malka’s fun and breezy vocals. The track feels lighter than Into The Night and is great fun to listen to. Wrap It Up’s chorus is quite catchy and will get you humming along to it in no time.

Changing the mood of the album slightly is Eyes On The Prize. Whilst the track retains the bold sound the previous tracks had, it also feels darker and heavier. Malka’s vocals though seem to lift the track a little and levels things out. My Body takes it a notch down still and feels like the kind of track we would best enjoy late at night. Malka’s haunting vocals give the track an interesting tone.

Another fun track on the album is Let It Go, which we like mainly because it shares an uncanny resemblance with The Bangles’ hit song, Walk Like An Egyptian but before long the track does take its own shape and sounds very modern indeed. I Never Needed Love, Malka’s latest single is also a lot of fun and gets you going right from the start with its upbeat clapping and infectious chorus. The song makes an excellent single.

Highlights on the album include Burn On The Fire with its big imposing vibe. The track is bold and fiery with another good dose of tribal influence, which gives it its edgy tone. Jumping The Line is also a favourite with its much quirkier sound. We love how upbeat and positive this track sounds add to that an infectious chorus, which you won’t get out of your head.

Malka’s debut is quite enjoyable, the album is very consistent and has a great deal to offer. This deserves a spin.

Advertisement. Scroll to continue reading.
In this article:Malka