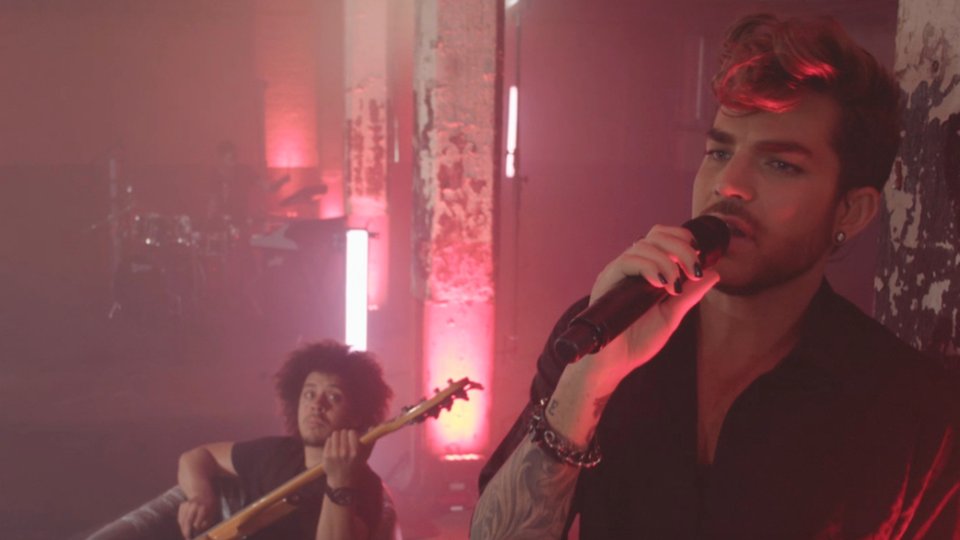 A brand new video of Adam Lambert performing his new single Ghost Town has been released.

The performance was filmed in a dilapidated rooftop warehouse rave in east London and Adam is accompanied by dancers. The new video is accompanied by an interview where Adam talks about how London clubbing and the UK house music revival has influenced his music, as well as discussing his vision for this performance of the song and the story behind it.

Talking about the location for the performance Adam said, ‘When I was looking at locations this warehouse roof top space felt right, because the track [Ghost Town] has this East London, rave, 90s feel to it. It felt like the right vibe.’

He also reveals the meaning of Ghost Town saying, ‘Ghost Town is this statement that says, ‘I thought I knew what I wanted, I thought I knew who I was, but now I feel empty and lost.’ That’s the starting point of the album and the journey we goes on.’

Adam released his third album The Original High across the world this week and it’s currently sitting at number 4 in the UK album midweek charts.

Watch the performance and interview below: