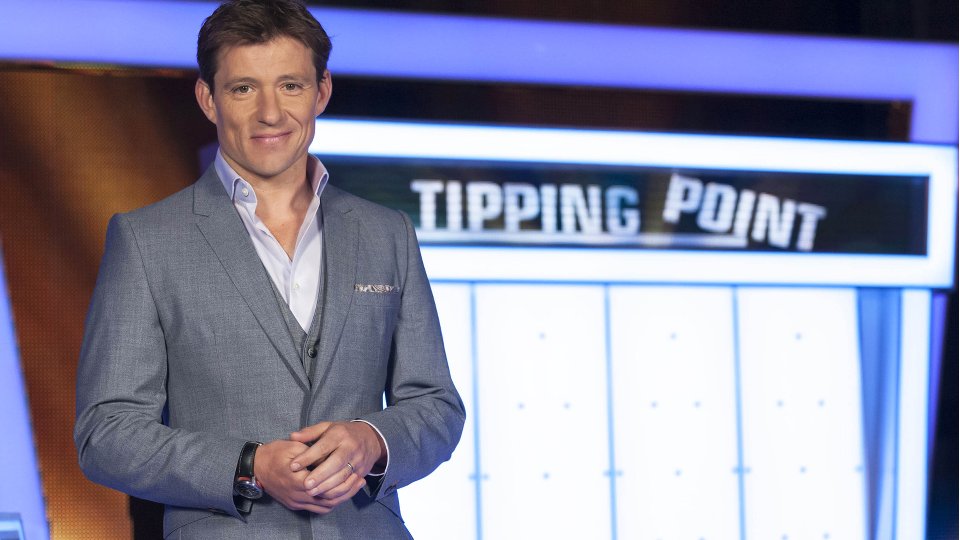 ITV Daytime’s hit quiz show Tipping Point, presented by Ben Shephard, has been commissioned for a record 325 episodes it has been announced.

The new commission from producers RDF will see the show air a further two series across 2016 and 2017. Tipping Point is currently in its 5th series on ITV.

Tipping Point is centred around a machine filled with counters worth thousands of pounds and is a game of knowledge, skill and tactics. Players must answer questions to win turns on the machine. Get a question wrong and the machine won’t pay out resulting in the player with the least amount of money at the end getting eliminated.

The last player standing goes head-to-head with the Tipping Point machine and they’ll be focussed on just one counter – the golden jackpot disc. Again, answering questions for the right to play the machine, they’ll win a big cash sum if they can make it release the jackpot counter.

Ben Shephard said, “I’m delighted that Tipping Point has been re-commissioned for an incredible 325 episodes. It’s such a simple idea that is always so compelling to watch and play, which is handy as with hundreds of episodes to film it’s going to be pretty full on!!”

ITV Director of Daytime, Helen Warner said, “Tipping Point is a firm favourite in the ITV Daytime Schedule. We know our viewers love it so I’m delighted to be able to take it into 2016 and beyond.”

Tipping Point is produced by Kate Lownds and Sara Doyle, the Executive Producer is Peter Usher. It was commissioned by ITV Director of Daytime, Helen Warner and ITV Daytime Commissioning Editors, Jane Beacon and Clare Ely.

Advertisement. Scroll to continue reading.
In this article:Tipping Point