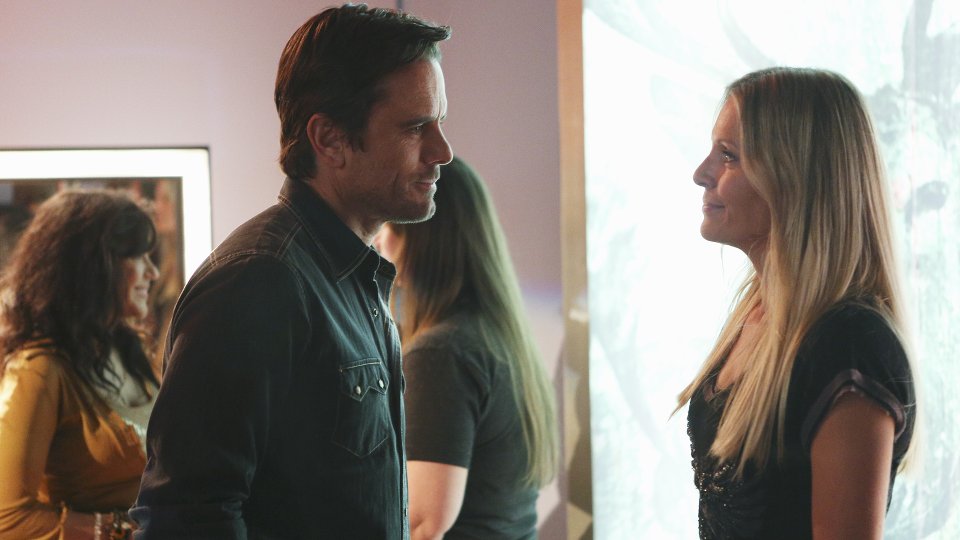 Juliette (Hayden Panettiere) told Avery (Jonathan Jackson) she was pregnant in the worst possible way during the latest episode of Nashville.

The fiery country star lost her patience after trying to tell Avery the news so she sent him a text message. That resulted in Avery arriving at her movie trailer yelling and demanding to speak to her. Juliette’s co-star Noah (Derek Hough) overheard everything and promised to keep her secret. Later in the episode Juliette collapsed after performing.

Elsewhere in the episode Rayna (Connie Britton) and Luke (Will Chase) spent the day with their family as they shot a commercial, Deacon (Charles Esten) became jealous of Luke spending time with Maddie (Lennon Stella), Will (Chris Carmack) got beaten up by homophobes whilst cruising, and Scarlett (Clare Bowen) befriended a homeless man.

The next episode of the season is Nobody Said It Was Going to Be Easy. Juliette is rushed to hospital after collapsing backstage. Rayna and Luke are nominated for the same country music award.