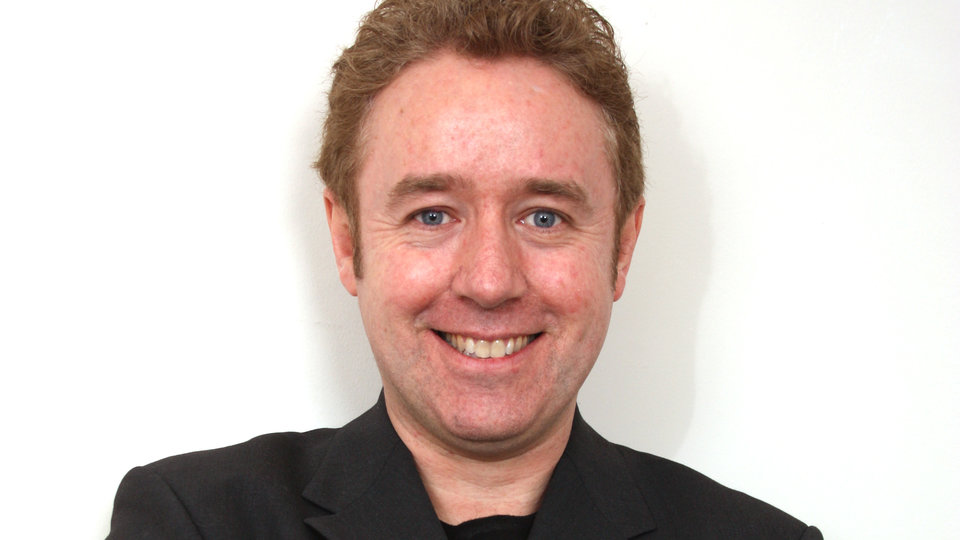 Kingsman: The Secret Service is out now on Blu-ray and DVD from Twentieth Century Fox Home Entertainment. Matthew Vaughn, director of Kick-Ass and X-Men: First Class brings his own unique style to the genre while brilliant performances can be found from Colin Firth, Samuel L. Jackson, Michael Caine and newcomer Taron Egerton.

EF’s Jason caught up with Mark Millar, the writer of Kingsman: The Secret Service, Kick-Ass and Wanted to discuss the movie, his inspiration for the story, his pivotal work with Marvel and DC, his own company Millarworld and what he thinks are the most pivotal comic-books of all time.

First off, congratulations on Kingsman, I absolutely loved it. What was your reaction when you saw the finished film?

Thanks very much! I saw it at every stage as a producer… at every step of the way, so it was weird! It kind of spoilt the movie for me… no surprises! It was nice to see it with my family because they could see it with fresh eyes. By the time it was in cinemas I’d seen it (even as a semi-completed movie) about 30 times! I used to watch it every week whilst it was being edited.

Matthew (Vaughn) is great. He said to me when I first met him, 7 or 8 years ago, ‘the last thing I want to do is make something that you’re ultimately unhappy with’ … ‘and you can share the blame if it goes wrong!’

Your stories always get the balance of action, comedy and social commentary just right – I was wondering what your biggest influences were when you and Dave Gibbons worked on The Secret Service?

It was very, very simple… I based it on my own life. Apart from the secret agent stuff! I grew up in a pretty rough part of the world I guess. You know, you don’t realise it when you’re just a kid. I grew up in a housing estate and it wasn’t until my late twenties that I was moving in a very different world. It’s something that always interested me and I wanted to do a story about that.

Whenever I do something I try and make it autobiographical, like Kick-Ass, which was an alternate biography of me being a big comic-book fan. With this one (Kingsman) – there’s something quite fascinating that’s happened in Britain. We had this era of social mobility for about 30 years – post welfare state with children who… benefited really, from the post-war settlement we had. Once all those cuts started to come in the eighties, that hit people in the nineties and noughties and suddenly social mobility collapsed. So I wanted to write something about that – it used to be easier to transcend class. It’s much harder now I think. Now your only option is to appear in something like X-Factor and hope that that changes your life.

I love that idea, you know that old-school thing, that if you work hard you can change your life and that’s essentially what the story’s about.

Do you have a cinematic approach when you are writing?

When I was doing The Ultimates over at Marvel they used all that stuff for The Avengers and Captain America and Iron Man and everything… I never thought that one day that would be a movie or anything. It must just be my style that works well as a film. Comic books and movies are very similar. I think what I do… I don’t know, maybe I’m too close to it… is that my scenes feel like scenes in a movie – a beginning, a middle and an end – in a way that sometimes comics don’t. So I think it’s just my style and I’ve always written like that. It has worked out very advantageous because after Marvel had adapted all that stuff, I set up my own company and I can reap the benefits of that too which is great.

That brings us nicely to my next question – how is Millarworld going and is it harder than you anticipated going out on your own?

It’s amazing and you know what, honestly, I wish I’d known how easy it was. When I was a kid my ultimate aspiration was not to create my own characters. I used to sit and draw Spider-Man, Superman or Batman and I wasn’t into creating my own stuff. When I became an adult my dream was to go and work at DC and Marvel… that was the ultimate summit of my aspirations. But once I got there I did look around and I thought to myself that this is interesting… these billion dollar corporations I’m working at now are built from the sweat of a very small number of men. And you know, the guys in the office didn’t really do any of the work but they’re the ones that made all the cash. So I had this terrible feeling… I was seeing guys who worked in this industry being chewed up and spat out. It’s not that they’re the bad guy, it’s just how big corporations work and you’re shuffled on. Even creating characters – there were guys living in trailer parks that had created characters that had gone on to become movie icons you know? So I thought I have to do something.

I interviewed Stan Lee for a magazine about 11 or 12 years ago and he said to me ‘it’s great that your books are number one at Marvel but you should really do what I did and produce your own stuff’. It’s the best advice anyone has given me. He said ‘if I done what you’re doing I would have just gone to DC and worked on Batman and Superman instead of creating the Marvel Universe’.

And that crystallised everything for me… I thought, oh my God! Don’t just do what you wanted to as a kid – you’ve got to bring something new. From that moment on I had my resignation letter almost written in my head!

And how are your projects coming on? You’re quite a few franchises in now…

Yeah, cinematically that’s the fourth movie. We’ve sold 9 and in publishing terms we are on number 11. So we have things like Chrononauts in development so hopefully we’ll pursue two of them this year and possibly a third and then hopefully a Kingsman sequel next year. So I think we’ve kind of overtaken DC a little but I’d like to get up there with Marvel.

It’s kind of tricky because I do like a lot of the people who are involved with them… so you can guess from that where I stand! Anytime I do slag them off online or something I’ll get an email from somebody… (laughs)!

It’s hard, so I’ll try and be as diplomatic as possible… Ok here’s an odd thing right. I’ve got three kids. My middle kid is 3 and she is the best with Superman and Batman. She watches the Adam West show every day. She loves the first 3 Superman movies, has Superman pyjamas, has Superman toys around the house etc. She loves the stuff. And I can’t show her the Superman v Batman trailer because it’s too frightening. And to me, that’s where you’ve made a fundamental error you know, when a kid can’t see a Superman and Batman film! Maybe when she’s 15 and a Goth, maybe she’ll like it then!

And finally can you tell me the three most pivotal comics/graphic novels in your life?

Definitely! I would say… I know it’s a very clichéd answer… but The Dark Knight Returns. It’s the greatest Batman story ever written. It’s just so timely. When I was sixteen and thinking of dropping comic books, I read that and it pulled me back in big time. And I would also say the companion piece to it, Batman: Year One which is also a masterpiece as well. My other one… I’m a huge Alan Moore fan so there’s a lot of Alan Moore stuff I’m really impressed with so it’s hard to pick one. Because everyone says Watchmen I’m going to say for people to go back and revisit Swamp Thing. It’s a masterpiece and every issue is an absolute belter. They’re easy and cheap to pick up so people should check it out, it revolutionised comics quietly in the background.

Kingsman: The Secret Service is out now on Digital HD and on Blu-ray and DVD from Twentieth Century Fox Home Entertainment