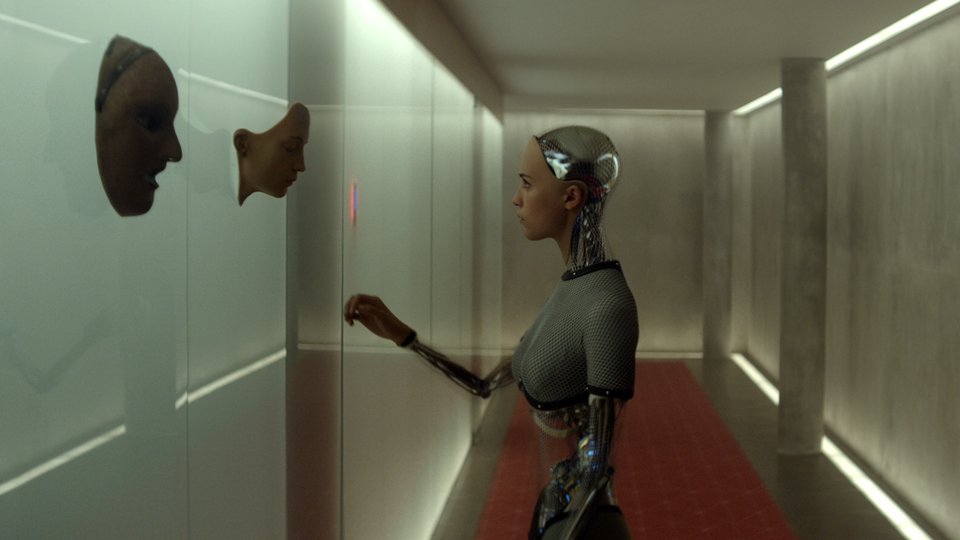 To celebrate the release of the intense psychological thriller Ex_Machina out now on Digital Download, Blu-ray™ and DVD, we’re giving 3 lucky winners the chance to get their hands on the Blu-ray!

24 year old coder Caleb (Gleeson), who works at the world’s largest internet company, can hardly believe his luck when he wins a competition through work to spend a week at a private mountain retreat with his CEO Nathan (Isaac). Caleb arrives at the remote location and is eerily forced to sign an NDA to take part in the week-long project with the reclusive Nathan. The project is revealed to be a strange and fascinating experiment, where Caleb must interact with the world’s first true artificial intelligence, housed in the body of a beautiful robot girl (Vikander) to test if she can pass as human.

As big ideas about the nature of consciousness, emotion, sexuality, truth and lies are explored, the experiment twists into a dark psychological battle, where loyalties are torn between man and machine and the fight to survive spirals out of control.

Simply answer the question below and you could win one of three copies of Ex-Machina on Blu-ray.

Ex_Machina, is out now on Digital Download, Blu-ray and DVD.