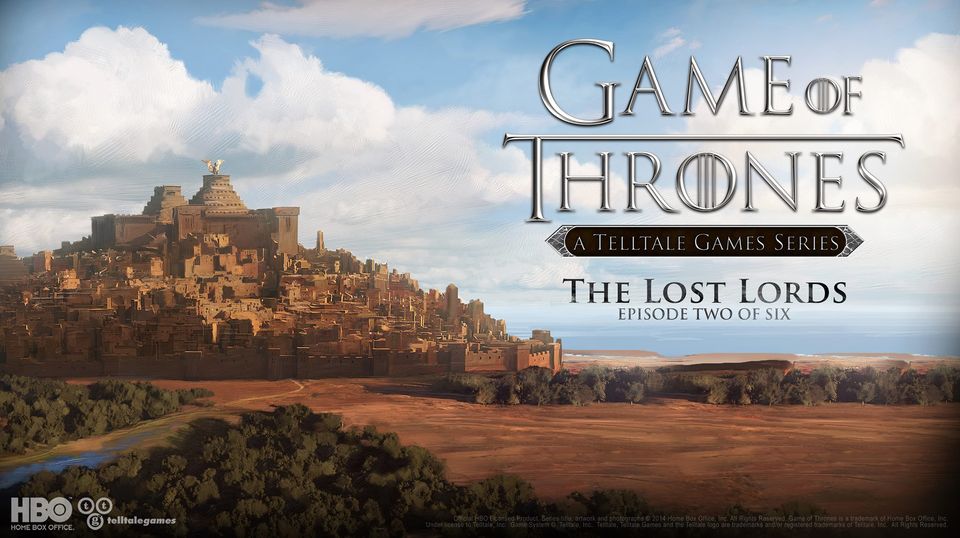 If you’re not up to date on the Game of Thrones books, TV series or played Episode 1 – Iron From Ice then please be warned this review may contain spoilers.

As you would expect the first episode of Telltale’s Game of Thrones series had a lot of setting up to do. As a fan of the show I felt it did a great job of capturing the same feel. The characters of House Forrester felt like they could easily be part of the show. After a shocking ending I was keen to see how things progressed and wondered what consequences my decisions might have.

Sadly due to a bug at launch the game was unable to remember my decisions which meant that the game instead used what I presume was a default set of choices. This bug has since been fixed but it was rather annoying at the time and spoilt my first playthrough somewhat.

In the first episode things turned bad for House Forrester with the Boltons and Whitehills after their Ironwood. Following the tragic events that transpired it’s time to get to work on trying to fix things. This episode focuses on Asher Forrester, Rodrick Forrester, Mira Forrester and Gared Tuttle.

Asher, the exiled son of Lord Forrester, is new for this episode. He’s been sent away from Ironrath and currently living as a sellsword across the Narrow Sea in Yunkai. He and his companion Beshka (who seems like a great character) run into problems with the Lost Legion. His uncle, Malcom Branfield, arrives with the intention of taking Asher back home to Ironrath to help the dire situation facing his House.

Rodrick was badly wounded by the Frey soldiers at the Red Wedding. He returns home to recover and learns of what has happened to his brothers Ethan and Ryon. He is now in charge of House Forrester and has some big decisions to make that will affect their future.

Mira is in King’s Landing as she is serving as a handmaiden to Margaery Tyrell. After her run in with Cersei last episode she is called on by her family to try and help from afar. Being in King’s Landing is a perfect place to try and influence some of the more powerful characters – including Tyrion Lannister. While trying to help she runs into trouble herself.

Finally Gared’s actions in episode one have ended up with him being sent to The Wall to join the Night’s Watch at Castle Black. Here he’s among rapists, thieves and murderers and he has a hard time getting on with his new brothers. Gared has a couple of brief encounters with series favourite Jon Snow.

The Lost Lords feels a bit slower paced than the first episode. However the story is interesting and I enjoyed the way the events take part at the same time as those seen on the show. As the series progresses things should get a lot more interesting and I’m curious to see how my choices change the story.

Overall The Lost Lords was a good episode that moved things along nicely. If you enjoyed the first episode then this brings more of the same and will leaving you wanting to get stuck into episode three.

Advertisement. Scroll to continue reading.
In this article:Game Of Thrones, PC, PS4, Telltale Games, Xbox One