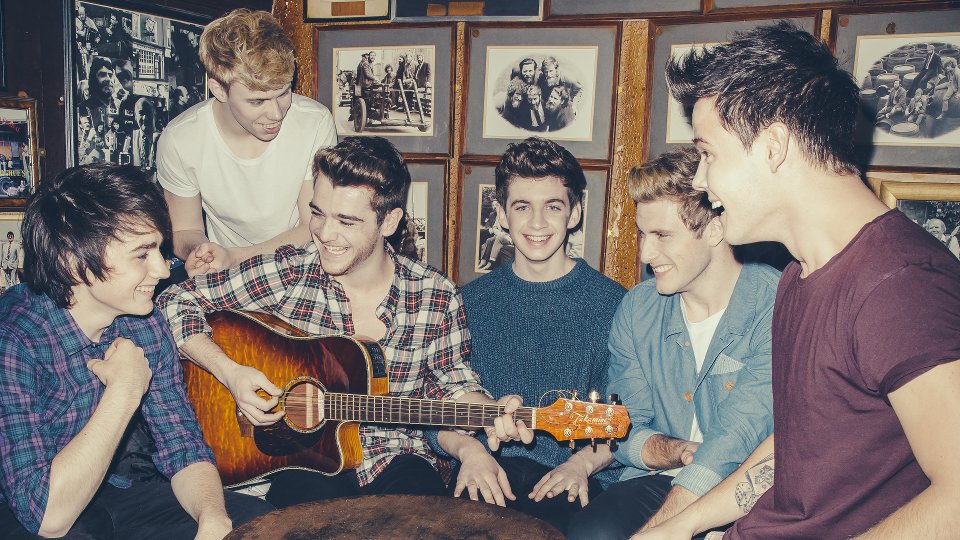 Hometown are huge in their native Ireland and are quickly cementing their way to being big, on a global scale. The band consists of: Ryan McLoughlin, Dean Gibbons, Josh Gray, Brendan Murray, Cian Morrin and Dayl Cronin. They hope to follow in the success of previous Irish boybands, such as Boyzone and Westlife, and who better to have as their manager and mentor, none other than Louis Walsh. What he doesn’t know about managing boybands is not worth knowing! After the first listen, we know these guys will be massive and it won’t be long before people will be asking: who is your favourite member?

Their first single – Where I Belong went straight to number one in Ireland and it was the fastest selling single from an Irish artist last year. The band was originally composed of 5 members. Later Gareth Borrow left and was replaced by not one, but two members – as Louie Walsh stated in his introduction to the band that there was simply too much talent to choose from and so he opted for both Josh Gray and Dean Gibbons, bringing them to a total of six members. The band have been together for a couple of years, following a rigorous audition process, which was whittled down from 1000, to the six members that now make up the band.

The night started with Cry For Help and it was quick to hear that these guys are great singers. Singing acoustically in the intimate room, they powered through each song with that cheeky-chappie, young and enthusiastic boyband energy. Cry For Help showed the guys bouncing off each other vocally and the seemed to love every minute of it. Spinning Wheel was another beauty in their short set, instantly catchy and feel-good. We enjoyed the Irish banter and lilt as they introduced each song, giving us a feeling of, ‘oww, aren’t they lovely’.

They may look like young guys (which they are), but their vocals soar and are full of strength and mature sounding. We loved that the set was up-beat and they definitely have their own sound, as a kinda of folk-pop hybrid. They played the guitar in their set also, which was a nice touch. Where I Belong ended the set on a bouncy high, with the band full of huge mega-watt smiles. These guys have got a great future ahead of them.

Advertisement. Scroll to continue reading.
In this article:Hometown, Louis Walsh