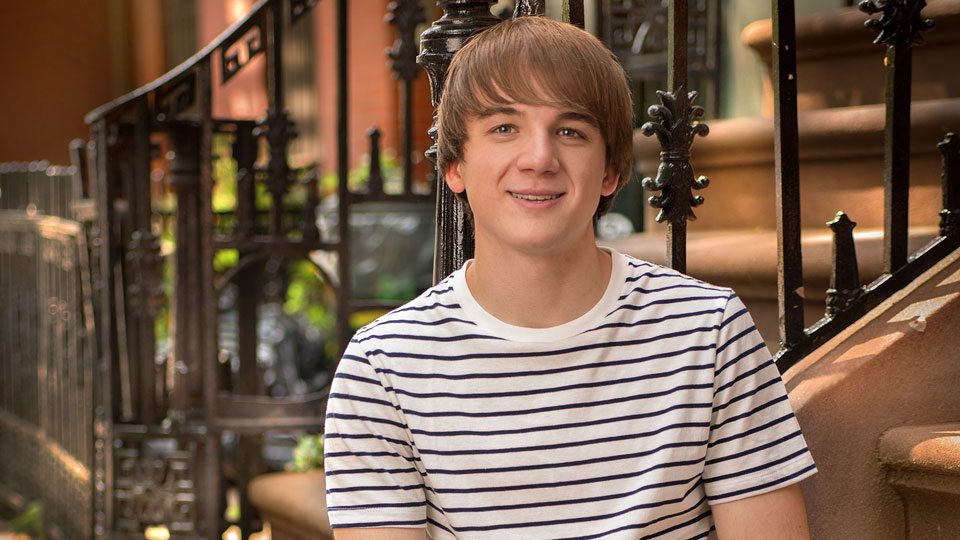 Jack Andraka is a young man who was thrust into the media spotlight after winning the top award at ISEF for designing a revolutionary test for cancer when he was fifteen.

Since then, Jack has been using his profile to inspire a passion for science in the next generation. Breakthrough, published by Scribe, is Jack’s account of his life and achievements to date, in which he talks about the death of family friend Ted from pancreatic cancer that set him thinking, as well as other obstacles he had to overcome such as homophobic bullying and depression, before he was able to make his astonishing breakthrough.

We caught up with Jack to ask him how the European leg of the book tour is going, find out what the reaction’s been like… and, of course, ask after his pet ferrets.

So Jack, how are you enjoying your time in the UK?

Awesome. I love London. It’s one of my favourite cities!

You picked a pretty historic weekend to be here, with our neighbours Ireland voting ‘Yes’ to same-sex marriage.

Yeah, I saw that was happening. I was super excited about it.

Which countries are you visiting to talk about the book?

Actually, this is the last stop on my European book tour. I was in the Netherlands, Belgium, Italy, Norway, and now here in the UK.

The book’s been translated, then?

That’s incredible. What sort of reaction has it been getting?

Really great. USA Today just released a great review of it, and other reviews have been awesome, so it’s super exciting.

Having your story out there now, does that add to the pressure of being a role model and public figure?

I suppose, but this has been my life for the past three years, just going all over the world and talking, so I’m kind of used to it now.

You have a real passion for communicating science and inspiring people. Would you ever see yourself following in the footsteps of the likes of Neil deGrasse Tyson or Carl Sagan?

That would be really cool, however I’d also want to be able to do scientific research that would have a direct impact on people.

Why did you feel now was the right time to put your story down in writing?

What happened was that after a big American programme called 60 Minutes aired my story, I was approached by Harper Collins, and I thought, wow, that sounds like a really cool opportunity to help inspire other kids to get into science – which is all I want to do!

How did you find the writing process?

It was so much fun and really cathartic. I could reflect back on all these interesting experiences I’ve had and really see how I’ve grown as a person.

There’s some quite gruelling stuff in there, such as the death of Ted, and dealing with depression and bullying – how did you find putting that down in words?

It was difficult to write, however that was one of the most important parts for me to put down in the book, just because I really wanted to show kids that I wasn’t like an immortal superhuman who was always a popular kid, but I’ve been through some tough times, and that a single moment doesn’t define your life and you can still go out there and change the world.

There’s the Twitter hashtag #Breakthrough that you encourage in the book. Have you picked up anything interesting from that?

Yeah, that’s been going great. People have been sharing their stories with me. Also I get lots of emails from kids and people from all over the world. One of the really great things is, for example, I get these messages that say, “You’ve inspired me to get into science”; and there was even one from this kid who said he was going to commit suicide but I’d inspired him to go and get the help he needed. That to me was the coolest part about it: actually making a difference to someone’s life.

I’m off to Stanford University to study bioengineering with a minor in computer science, and also I’m doing a National Geographic Emerging Explorer. I’m working on two projects, one which is environmental, with disease biosensors you print using inkjet printers that you read using your smartphone; and the other is using nanorobots to treat cancer.

Do you think, with all the things you’ll be doing in the next few years, you’d ever write a follow-up to Breakthrough?

Maybe – but maybe not on the same topic. You never know. We’ll see!

I have one final question for you, which is do you still keep ferrets?

Yes, I still have four ferrets. They’re such great pets!

We talk ferrets for a little while longer with Jack, comparing notes and hearing about the antics of Faraday and Ginny Weasley, before it’s time to wish him all the best for the rest of his UK trip and sign off, feeling inspired and impressed by his positivity.

To learn more about Jack Andraka’s story, check out Breakthrough, which is published by Scribe and is available now. We give our verdict in the book reviews.