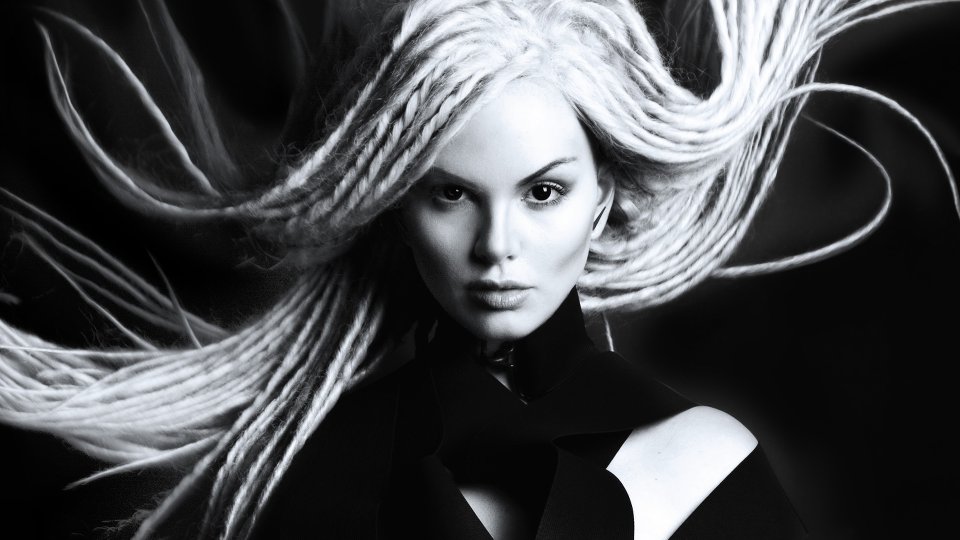 Veronika Vesper is certainly a force of nature. She certainly stands out from the more sedate female artists out in the charts, and she looks as if she’d do battle pretty fiercely with them too! With a sense of style that is cyber, futuristic and alternative, Veronika’s style can be seen in a lot of street fashions in London’s Camden Town.

Veronika Vesper’s introduction to the music world started when she was a mere tiny girl. Born in to a musical family, there was only one direction that she was destined to head towards. We always love seeing someone come out with something fresh and interesting. Veronika’s latest single, Rule is storming up the dance clubs and going down a storm.

Here is our rather fascinating and interesting interview with Veronika Vesper. There’s a lot more to her, underneath her darkness and light personas and we thoroughly enjoyed learning more about her .

Hello and welcome! How are you today?

Tell us about your musical family and upbringing?

They are a bunch of crazy, wonderful people. My dad is a conductor, one of my brothers is a solo violin player, another one plays trumpet, flute, paints and writes. My uncle is a solo flautist and my mum is musical too, but she’s mainly into languages, drawing and poetry.

My dad would put me on the piano from the age of three and give me rhythm exercises. My brothers would put headphones on me, playing Sting and free jazz, but my childhood mainly consisted of sleeping on classical concerts that my dad was conducting. I remember always feeling grumpy when awoken by the applause.

I started to go to music/performance school when I was five years old. It was opposite our house, so I used to just go there in my slippers after school and pretty much be there till the evening, doing everything. I played flute, piano, guitar, studied music theory, dancing, singing and acting. Then playing hide and seek with friends in the mysterious garden of the music school, dressing up as ballerinas or performing in the evening. Wonderful times, I haven’t really thought about it for a long while, so thanks for reminding me.

There was also a lot of discipline required, which I wasn’t too fond of, obviously. Being asked several times a day if I practiced my instruments yet? And also having really high expectations from me, as my family is very focused on the mastery when it comes to music and performance. I’m very blessed that I could watch my dad prepare for concerts and rehearse, be on tour with him and learn from him. He is very professional and has a strong work ethic. Creative people are mostly very intense, so being the kid, wasn’t always easy.

Also I’d be going to different events with my dad and always be “the daughter of” and be in some stupid magazines. Later on, whenever I had some success in music people would always be like ‘yeah, that’s all because of your dad’ etc. I sort of always lived in his shadow, which eventually annoyed me and I’ve decided to build my own life and career completely independently to all of that, in a different country, where nobody knew who my father was or who I was. Now I know that what I’ve achieved so far is all down to my own hard work. Also, I’m glad that I’ve experienced fame up close from an early age and all it’s ugliness. Maybe thanks to that I’ve got no desire to be famous for the sake of it. Yes I want be an amazing artist and have millions of fans, but because I want to share my music and art with them, make this world more beautiful, make a difference in people’s life, but not for the sake of fame itself.

Did you ever think about going down the classical music route?

Not really. I was kinda in it from the start, but thought about maybe doing musicals. In my spare time (when I was a little kid), I’d actually be dressing up, performing songs I wrote to my teddy bears. In fact being the artist I am now, but I didn’t know then artists like this existed. I only knew singers, which didn’t really do it for me. As I like all round artists. The musical department at music conservatory was full of Britney Spears wannabes, so that kinda scared me away.

Then I’ve actually ended up studying classical flute, because I had some troubles with illegal fun while at basic school so had to take the earliest exams that year to get out before things get too messy. Then, while being in bands etc, I’ve decided to finish my flute studies, join the orchestra etc and have the full on classical flautist experience, so when I leave it, I don’t have any regrets or “what if’s”, left in my mind.

Tell us about your new single, Rule?

Rule was written as the last song on my album and I never planned it to be a single. I just wanted to write a song for myself, something I like to listen to. Selfish shellfish, me! I didn’t really try to write a big chorus etc. and then when we started to play it to ppl everyone was like, yeah, deffo a single, well I’m happy with that obvsiously.

The lyrics are based on my experiences of feeling low, insecure and fukked by all the wild things I used to do and then using a superhero character or some sort of a role model to identify with and get inspired, empowered and to gain strength. Then imagining I’m that character and feeling high and on top of it, before I fall down back into the gloom. Then realising that if I’m able to function better after identifying with someone, I must have all those qualities in me already and all I have to do is to learn to step into my own power. Long story short – it’s all about your mind and how you look at things. Rule your mind, or it will rule you.

Tell us how, in your words, that you Rule?

I just do! Smashing it babes.

The club mixes of Rule from the likes of KKlass, Whey Baq and tempo Elektrik are being played all over clubland and specialist radio, how do you feel about those versions of the track?

I think they are awesome. Really bouncy. I’d never think in my wildest dreams that Rule can sound this pop and fresh. I think they’ve done an amazing job.

We learn that you have overcome addiction and depression. In what ways has overcoming those shaped who you are today?

I’m still a messed up weirdo, but I’ve accepted it. I think that I’ve learned to control my mind better and understand myself and my feelings/ tendencies better. I’ve discovered how much can one reinvent and change. Also I think I’ve got a greater compassion for people with problems in general.

What advice would you give to others to overcome any dark stages in their lives?

Just be wild! It depends why they are dark. Generally I think it’s good to find the ultimate source of the problem and deal with that first. Also to understand that you, only you are responsible for your life and what you’re experiencing. Some people tend to blame others, or their circumstances etc, but that’s not gonna get you anywhere. You are creating your reality on all levels. It’s all about the mind. Find a reason why you wanna be alive, what makes you happy, what’s your mission etc. Do things for others, to make their lives better in some way. It could be the smallest things, but I find that it brings satisfaction.Feeling useful in one way or another.

Sometimes we worry too much about our little problems, so then it’s good to just read the news and see how little they are in comparison to what other people are going through. Also being grateful for what we already have is a great tool for feeling better instantly. Hope this helps.

The fact that I can be absolutely present and every second feels like eternity. The feeling of being the universe itself and just channelling energy. Just being the singing, the dancing, the presence with no ego. Just pure existence experiencing itself. The adrenalin, excitement and feeling alive. The opportunity to connect with the audience and give, inspire, entertain and liberate.

What could we expect from a Veronika Vesper show?

Full on experience, emotional journey with unexpected changes. Flamboyant costumes, alien moves, sexuality, vulnerability, audience interaction, all threaded by serene flute playing. Come on the 12th of June to The Comedy at Leicester square and see for yourself.

Your style has caught the attention of the fashion world. Whose clothes and work admires you the most?

Hmm, I’ve worked with loads of different underground brands (Horace, W.I.A. Lip service) and more mainstream brands (Black Blessed, Mariake Fisherman, Lazy Oafs) and everyone has been lovely. But I guess the most excited brand about me so far, is a high fashion brand (name a secret so far) who I’m currently discussing new collaboration with.

Musically, who are you mostly influenced by?

What would you most like to achieve as a recording artist?

I wanna be the top new female artist, keep my creative control, work with the most innovative and creative people in the industry, write amazing music people connect with, have millions of fans, sold out stadium tours, bring more art n love into the music industry and be an inspiration for my fans.

That people will love and care for each other more, be less judgmental especially when it comes to sexual orientation and religion. That we will be able to be more generous and less greedy and take care of the planet Earth better.

Veronika’s new single Rule will be released on 3rd May 2015. Watch the video for the single below:

In this article:Rule, Veronika Vesper