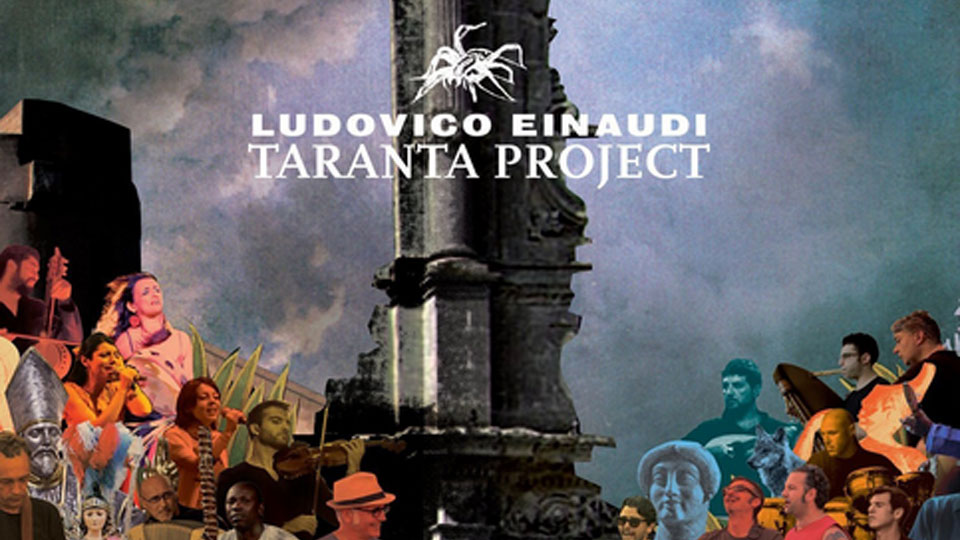 Classical composer and pianist Ludovico Einaudi’s latest album carries on in the direction his output has taken, with a collection of bold and imaginative compositions in which Einaudi’s piano, once a solo instrument, is increasingly merely an accompaniment.

The Taranta from which the album takes its name is a passionate rhythmical dance originating in the Italian Salento region, which was originally a healing ritual intended to counteract the effects of a tarantula bite. The repetitive, intense dance forms the backdrop to the album, which is then layered with melodies from worldwide musical traditions.

The opening track, Introductio Ad Regnum Tarantulae, incorporates the sound of the bagpipes which is instantly evocative of the Scottish Highlands. This is followed up with the title piece Taranta, which uses spiky electric guitar to lead into vocals of the Indian musical tradition. The seemingly opposing sounds combine in a piece that relentlessly builds until it bursts into a thrilling climax. Clearly there is a strong connection between the regional Italian and Indian song and dance traditions, and this is skilfully exploited throughout the tracks. Taranta is a fine example of the ambitions of the album, which mixes different musical influences yet remains identifiably the work of Einaudi.

Fimmene continues the Indian choral sound, bringing Einaudi’s piano more strongly to the forefront, this time with male vocals.  Choros is a piece more directly in the Einaudi tradition, finding a repeated riff that is built upon. With frantic strings, inventive percussion and a sombre, autumnal mood, it’s as mesmerising and thrilling as Einaudi at his best.

One of the most exuberant tracks is Core meu, which features the extraordinary vocals of Antonio Castrignanò, around which the composition is built. Tonio Yima / Rirollala benefits from the electric guitar of Justin Adams, and the two tracks showcase the collaborative nature of Taranta Project. The album pullulates with a variety of influences as each guest artist brings their own unique contribution to the overall sound, whilst it’s all steered and united by Einaudi and central piano compositions. The brooding Mamma la rondinella is another that opens with piano, which is soon swamped by heavier orchestration until piano breaks through again. The effect is dramatic.

By far the longest piece on the album is Preludio / Nar I-Seher, reaching over ten minutes in duration. Solo piano offers a reflective introduction before it’s joined by wailing strings with a melancholic Yiddish flavour, until halfway through both instruments are superseded by guest artist Mercan Dede’s drum machine. There’s then a final movement of intense, fast-paced percussion which combines the sounds, including acoustic guitar that adds a Spanish twist.

This is followed up with Ferma zitella, the shortest track, which is perhaps also the most nondescript, but it doesn’t outstay its welcome, and is a change of pace and a reprieve before the fast-paced Santu Paulu – another track that is dominated by strong vocals, and, once it bursts into life, is easily the most joyous on the album. You’ll find your feet tapping along.

Taranta Project rounds out with Nuvole bianche, a reflective, slow piece in which Alessia Tondo’s rich, vibrato-heavy vocals add greatly to the melancholic effect, which is layered on top of an Einaudi piano composition similar to some of his earlier works.

With a variety of rich and distinctive sounds, Taranta Project is a hugely rewarding and enjoyable album, and it rewards multiple listens by revealing its secrets in stages. Einaudi should be applauded for so successfully bringing about a radical departure from his earlier canon, whilst retaining an essential flavour, so that his established fans can find themselves introduced to new sounds, where the distinctive Einaudi compositions offer an identifiable framework. At its best, the album is a celebration of the way in which the world has become smaller, as cultures and traditions influence one another. Taranta Project is musical multiculturalism, and is very often bursting with life, with ideas and with passion.