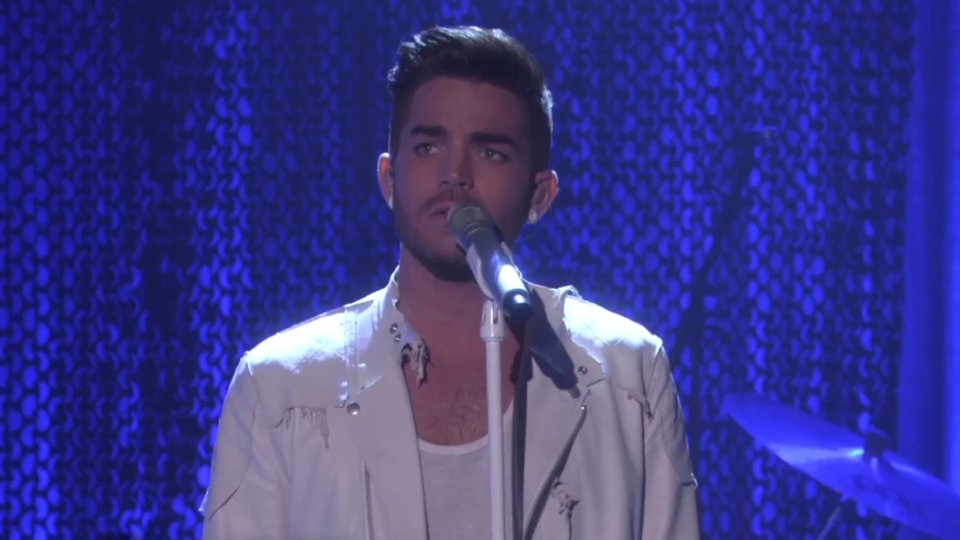 The singer appeared on The Ellen Show to premiere the single live for the first time. Dressed all in white, Adam was backed by his band as he performed the atmospheric track.

Once the beat kicked in, Adam showed off some dance moves and continued giving a flawless vocal performance.

Earlier this week Adam released the music video for Ghost Town, which saw him collaborating with acclaimed director Hype Williams. The video, and the song, have been picking up acclaim from critics and fans.

In this article:Adam Lambert, The Ellen Show