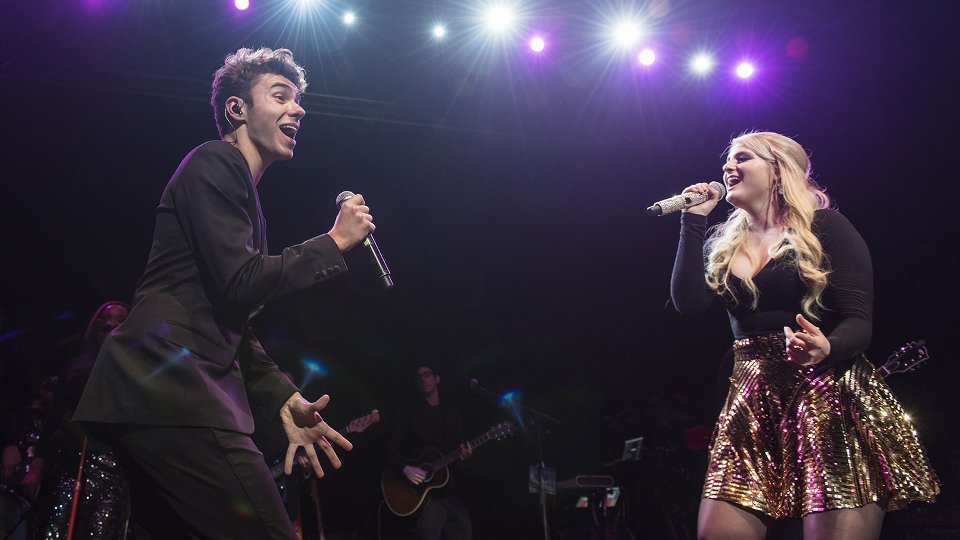 Nathan Sykes surprised fans by performing a duet with Meghan Trainor in Birmingham.

Both singers are currently touring the UK and Nathan joined Meghan on stage during her concert on Monday evening. The two performed Meghan’s track Like I’m Gonna Lose You, which she originally recorded with John Legend for her album Title.

The moment caught fans by surprise and the performance has now been released online for you to enjoy.

Nathan has been busy preparing for the release of his solo material and earlier this week he previewed his debut solo single Kiss Me Quick. The preview came hot-on-the-heels of his sell-out intimate UK tour which closes in London tomorrow night at Bush Hall.

You can watch the video of Nathan and Meghan’s performance at the top of this article.

In this article:Meghan Trainor, Nathan Sykes