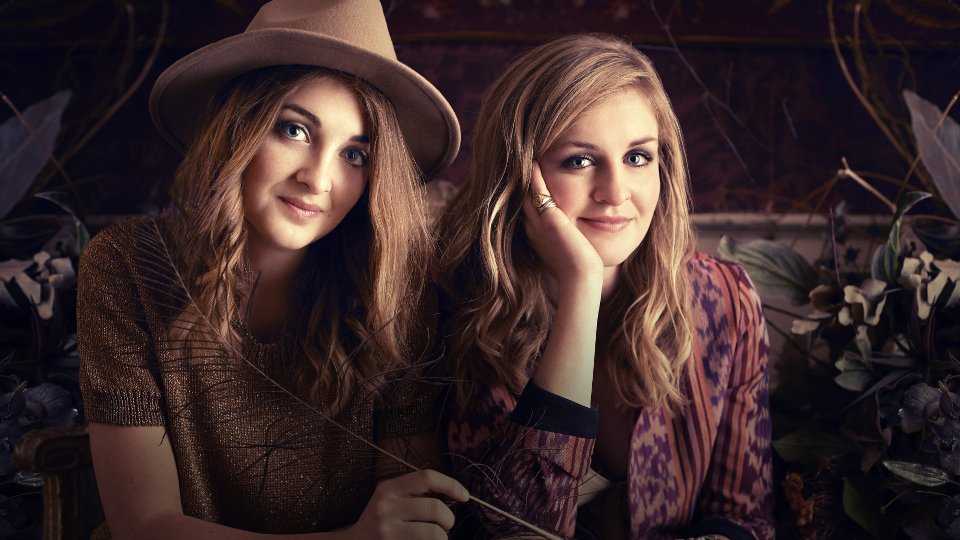 Twin sisters Catherine and Lizzy Ward Thomas hail from Hampshire they are leading the UK country music movement. Along with The Shires, the duo is showing that UK artists can make country music and they’re proving that there’s an audience here for it. The sisters released their debut album From Where We Stand back in July 2014 and to coincide with their recent performances at C2C: Country To Country at London’s O2 Arena, the group has released a Deluxe Edition of the album.

From Where We Stand has been expanded for its Deluxe Edition release. Alongside the original 12 track album, there are 6 additional tracks including a new original song, a cover and four live tracks. The reissue of the album was led by new original track Who We Are, a song the girls wrote about their mother. It’s an emotive acoustic number that showcases a softer side to Ward Thomas’ harmonies and it’s a beautiful, heartfelt moment.

Also included on this reissue is the duo’s country twist on Michael Jackson classic Man in the Mirror. It’s interesting to hear a song by the King of Pop taken out of its comfort zone and it’s certainly one of the freshest covers of his music we’ve heard. The album comes to a close with four live tracks – Push For The Stride, Guest List, Caledonia and Town Called Ugley – showcasing the tight harmonies and live prowess of Ward Thomas.

The new tracks add to an already solid album complementing standout moments such as the punchy Push For The Stride, the gorgeous piano-led From Where I Stand, and the folky rhythms of Wasted Words. Our favourite track on the album is the lilting Footnotes (Happy Ending) that allows the harmonies of Catherine and Lizzy to really shine.

From Where We Stand is an album crafted from a genuine love of country music. The duo isn’t trying to sound like a US country band and they’ve carved out a sound that is all theirs. The harmonies are at the centre of the album and they are what are so unique about Ward Thomas. From Where We Stand is an album that can stand with the best of country music and it’s a cracking start for this rising duo.