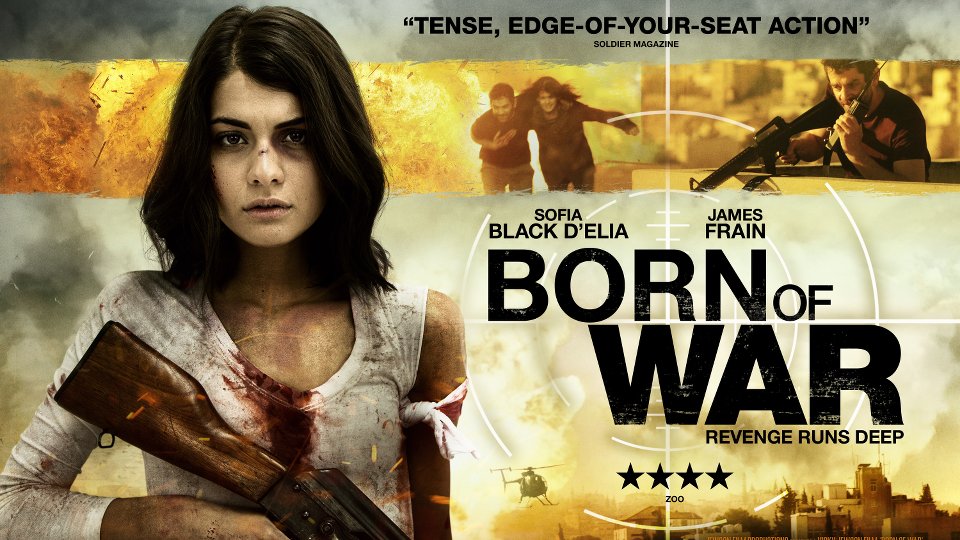 The trailer has been released for Vicky Jewson’s new film Born of War.

Mina (Sofia Black D’Elia), a young college student, has her life ripped away after her family is killed. When she finds out their murders were part of a botched kidnapping to return her to her real father — a terrorist in the Middle East — Mina works with British Intelligence to take him down…and take control of her life again. But she quickly learns that there are two sides to every story.

Mina’s quest for retribution and unsteady alliance with the MI5 throws her into the war-torn Middle East. Under the strict supervision of hardened mercenary Simon (James Frain) Mina finds herself on a journey to discover her own inherent violence.

In this article:Born of War