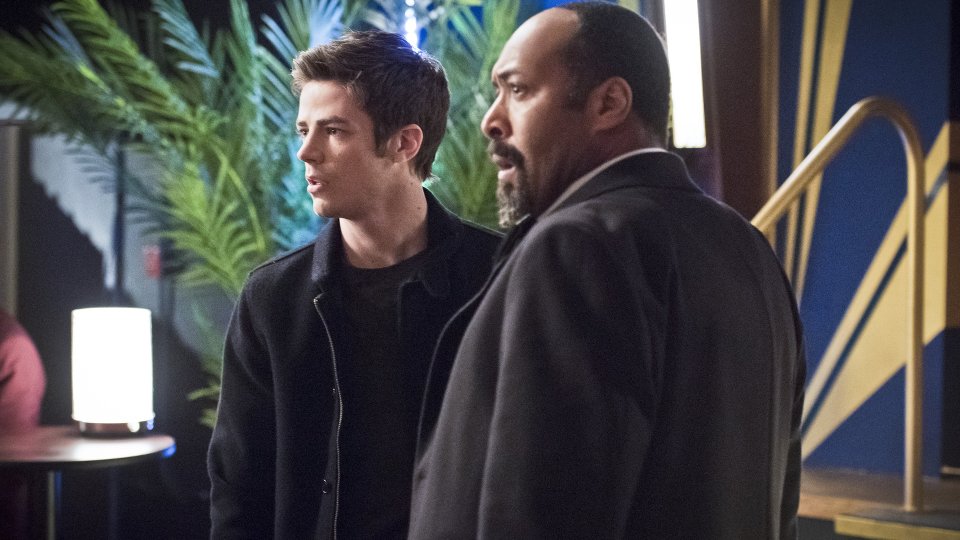 Whilst trying to stop the Weather Wizard (Liam McIntyre), Barry Allen (Grant Gustin) accidentally travelled back in the time in the latest episode of The Flash.

That wasn’t the only shocking moment in the episode. Dr. Wells (Tom Cavanagh) revealed himself to be Eobard Thawne, a distant relative of Eddie (Rick Cosnett) when Cisco (Carlos Valdes) realised that his mentor was the Reverse-Flash. After the revelation Wells killed Cisco but that was reversed when Barry travelled back in time.

Iris (Candice Patton) confessed that she did have feelings for Barry and the two kissed leading Barry to tell her that he was The Flash but we suspect that will be reversed too thanks to Barry’s step back in time.

The next episode of the season is Rogue Time. Three’s a crowd when Captain Cold and Heat Wave return to Central City with an extra ally in tow: Snart’s little sister.