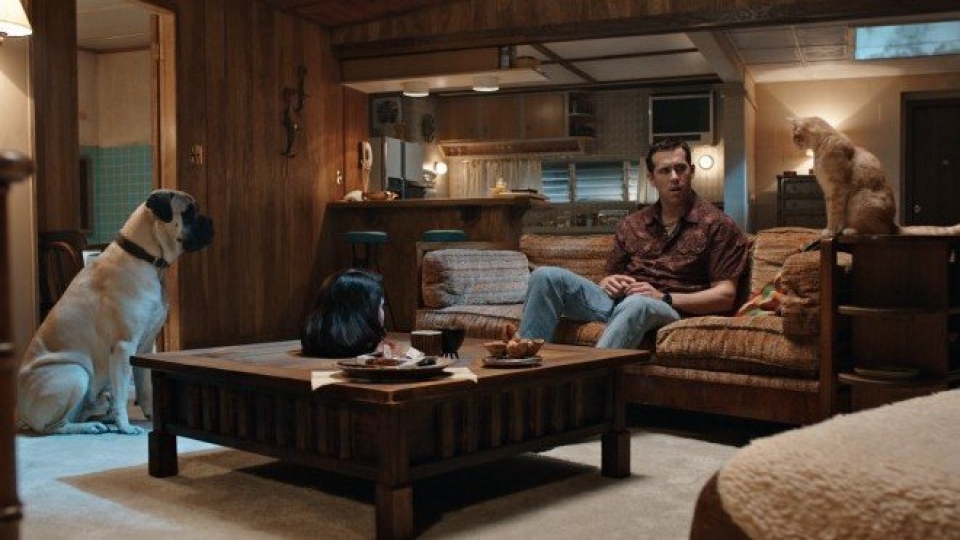 Following its fantastic reception at the 2014 Sundance Film Festival and Sundance London, Arrow Films is delighted to announce the UK cinematic release of black comedy The Voices on 20th March, 2015.

Jerry (Ryan Reynolds) is an affable singleton who works on the factory floor at a bathtub factory, ever eager to get along with his co-workers, especially Fiona (Gemma Arterton) and Lisa (Anna Kendrick) from accounts. After work Jerry goes home to his pet cat, Mr. Whiskers, and loyal dog Bosco, where the three of them hang out, watch TV and discuss the day’s events.

When one night he accidentally kills Fiona, Jerry hastily covers his tracks, under the strict advice of the subversive Mr. Whiskers. But Jerry is already beyond the reach of his well-meaning psychiatrist Dr. Warren (Jacki Weaver) and things are also looking bad for Lisa, who has taken a shine to Jerry. Despite Bosco trying to keep Jerry on the straight and narrow, Mr. Whiskers seems to be the loudest voice in Jerry’s head and soon events have spiraled and salvation is all Jerry can hope for.

Courtesy of our friends at Arrow Films, we are giving away a first prize of a SIGNED The Voices poster (by Gemma Arterton and director Marjane Satrapi) along with a t-shirt and two magnets. Two runners up will each walk away with a t-shirt and magnet.