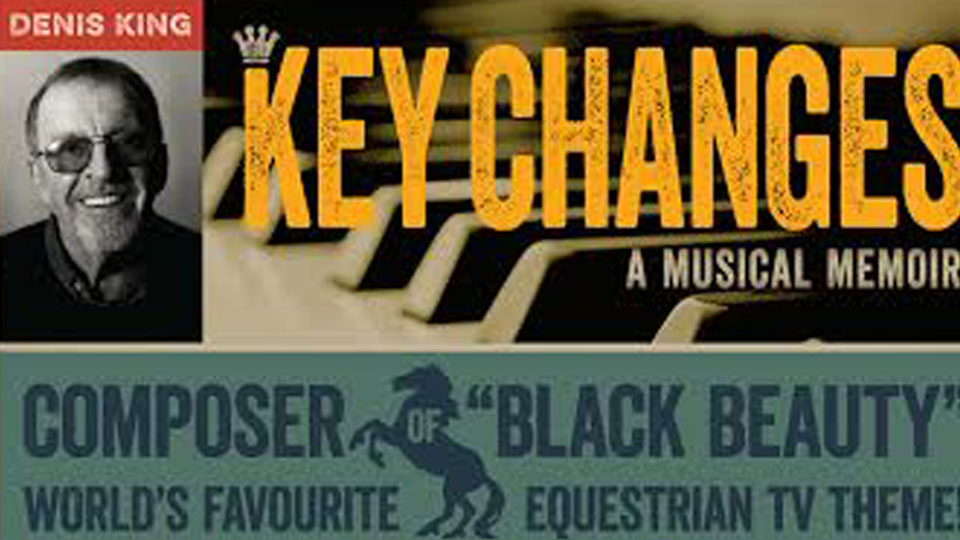 Child pop star-turned West End composer Denis King is to release his memoir celebrating a life spent in music as an Ebook and audio book.

In the 1950s and early 60s Denis King was a member of Britain’s first ever boy band, The King Brothers, performing with his two older brothers, Mike and Tony.

With Denis aged just 13, The King Brothers toured around the UK, performing two shows a night, toured Europe, appeared in summer seaside shows, made numerous TV appearances and in 1956 became the youngest variety act to appear at the world famous London Palladium.

Since then, Denis has composed over 200 TV themes including the Ivor Novello Award-winning Black Beauty, and Lovejoy, Dick Turpin, We’ll Meet Again, Two’s Company and Hannay.

He has collaborated with theatre legends – Alan Ayckbourn among them – to co-write over 25 stage musicals, including the original 1977 RSC production of Privates On Parade, which won the Ivor Novello Award for Best Musical, Worzel Gummidge, A Saint She Ain’t and the musical version of Stepping Out, all for the West End.

Key Changes, his eagerly awaited memoir, is not a potted history nor a lengthy name-drop. It is an intimate, funny portrait of the grind as well as the glamour in what most people outside the entertainment industry wrongly assume is a charmed way to earn a living. It is an extremely frank and personal account of the highs and lows of showbusiness, from post-war Twice Nightly Variety to the present day.

As well as being a brilliant musician, Denis is also a witty anecdotalist, and the stories he tells are funny, poignant, eye-opening and at times shocking. Key Changes, to be released on Wednesday 8 April, will also be available as a 7-hour audio book, narrated and musically underscored by the author, and illustrated with excerpts from his personal sound archive, including music specially performed by him exclusively for the recording. It will be available via iTunes, Audible.com, Play.com, Google Play.

In this article:Denis King, Key Changes