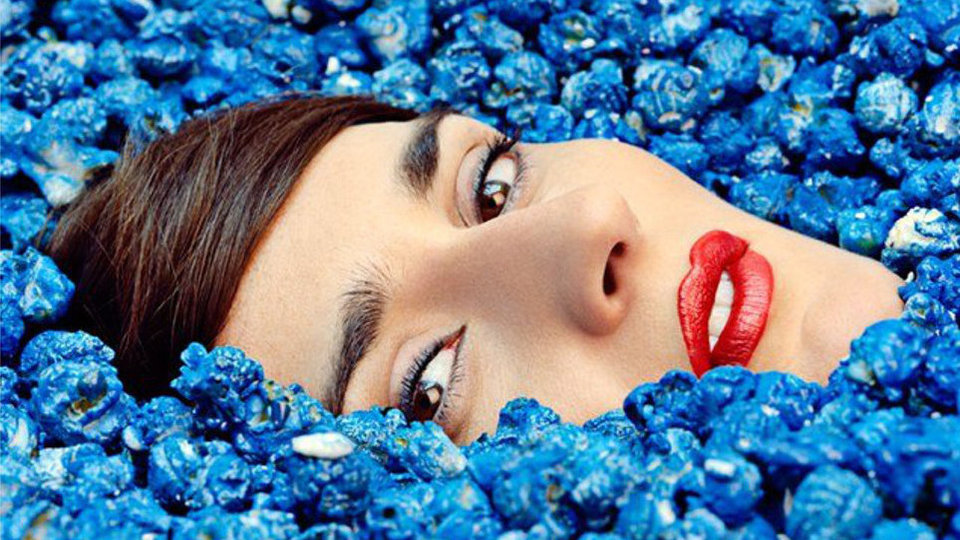 Last week we went to see Yelle perform at Village Underground in London. We didn’t have anything in mind and were more curious about the sold out gig than expectant. What we discovered though is a deep love for this eccentric band who with little or no props amazed us more than big production tours we’ve had the luxury (misfortune) to attend.

Obviously following a night of ecstasy due to amazement and good old dancing we did some research and discovered that Yelle are an electro pop band from France (the very french crowd should have given that one away really) with already a very good following in its native country. We also discovered the band’s videos which are more often than not a lot of fun and here is our top five:

This track was released in 2011 and the video made us instantly think of marshmallows with all its bubble gum pink intensity. Comme Un Enfant or Like a Child is about not wanting to grow up or enjoying life like a kid and we for one couldn’t agree more.

What’s better than one Yelle video? Well two of course…Safari Disco Club is one of our favourite videos by the band with singer Julie Budet running away from hunters and by doing so encountering some strange events. Que Veux-Tu on the other hand is more traditional and looks like the type of video a big american pop star would make but keeping Yelle’s fun side.

Taken from their third album of the same name, Completement Fou or Utterly Bonkers shows how the band’s music has evolved but also how Yelle’s image has changed over the years. The video is packed with bold colours and exciting dance moves and most importantly makes no sense what so ever, which is exactly what we like about this band.

This is the single that introduced Yelle to the public and gave the band its first chart success. The track is a fun way to turn down a guy that might be trying to punch way above his weight without noticing and the video that goes along with it is great parody of ‘sexy’ music videos.


So there you have out top videos from French pop electro band Yelle but we highly recommend seeing them live to really understand what it is that makes this band so special.

Advertisement. Scroll to continue reading.
In this article:Yelle