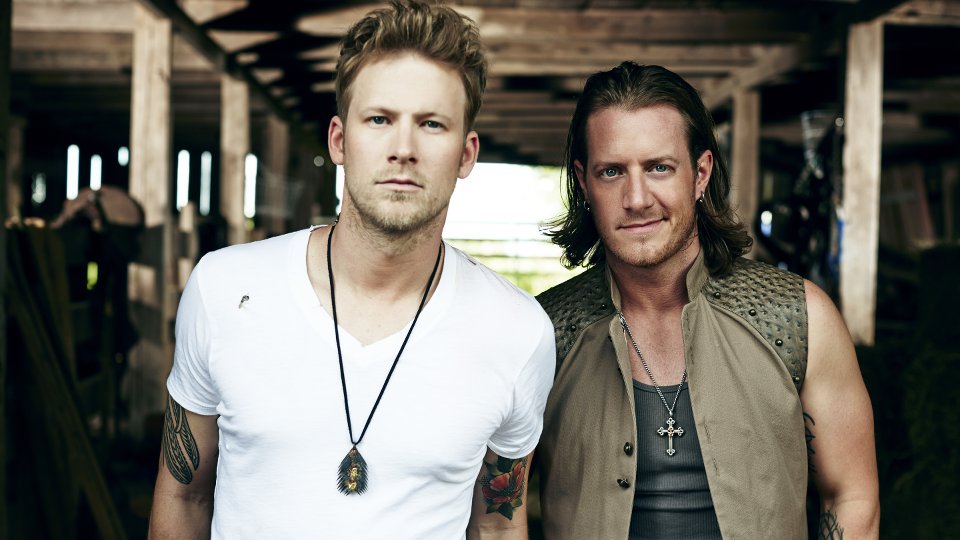 Tyler Hubbard and Brian Kelley aka Florida Georgia Line have established themselves as one of the leading acts in modern country music. Following the huge success of their 2012 breakthrough hit Cruise, the duo have achieved incredible success building an army of a fanbase in the process. Until this week Florida Georgia Line had never performed here in the UK but that all changed with C2C: Country To Country in Glasgow and a C2C London set that cranked up the volume and packed in the energy.

Florida Georgia Line opened their set with the raucous Every Night and barely turned the volume down from that point. The set was a mixture of selections from their two hit albums with old favourites like It’z Just What We Do and This How We Roll sitting next to newer tracks Anything Goes and Bumpin’ The Night.

The guys shined the brightest on Dirt, one of their most unique songs and one of the quieter moments of the evening. Away from the bravado Florida Georgia Line is still a force to be reckoned with and exploring their softer side is something we’re keen for them to do more with their next album. Party track Sun Daze was another highlight and got the C2C crowd on their feet and dancing away.

Florida Georgia Line have created their own niche of ‘bro country’ combining hip-hop stylings with contemporary country. For the most part it’s an enjoyable fusion but the duo needs to be wary that at times their catalogue can sound a little too samey. This did become evident during their C2C set but it didn’t really hamper our enjoyment of their performance too much.

The set came to an end with Cruise, the group’s breakthrough hit. It’s not hard to see why the song has enjoyed the success it has; it’s catchy, hook-laden and sounds pretty much like an anthem. As the song finished Tyler and Brian ripped off their shirts and left the stage.

For Day 1 of C2C Florida Georgia Line definitely took home the title of ‘most energetic’. Their set was relentless as was their energy as they worked the stage, danced and sang their hearts out. There’s no denying that the guys have serious charm and some enjoyable hits. Whilst our hearing may never quite be the same again, we can safely say they livened up the C2C party and won over plenty of new fans.