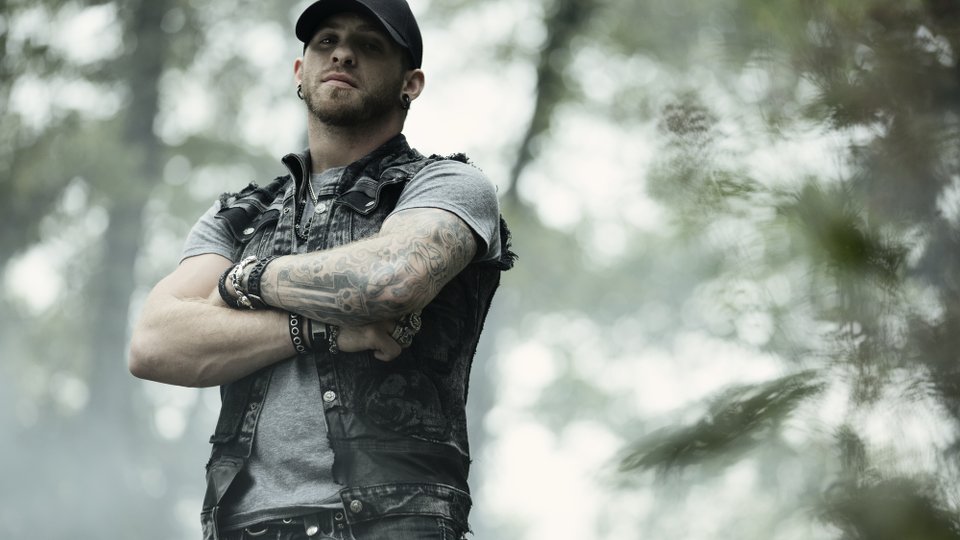 Brantley Gilbert, dubbed the bad boy of country music, made his return to C2C: Country To Country today marking the first time anyone has played the festival twice since it began in 2013. When Brantley last performed at C2C he courted a bit of controversy with his out-spoken views so has time softened him? Judging from today’s C2C set not one bit.

The set opened with Kick It In The Sticks getting things off to a very loud start. The volume didn’t turn down much from that point and the arena were on their feet pumping their fists and rocking as hard as they can. Brantley stormed through his hits with raucous renditions of favourites such as Hell On Wheels, My Baby’s Guns N Roses, and fight anthem (by accident according to Brantley) Take It Outside.

Some of the best moments of the set came when Brantley turned things down a notch. You Don’t Know Her Like I Do was a welcome moment of introspection as was the standout moment One Hell of An Amen, taken from his latest album Just As I Am.

Before launching into Read Me My Rights Brantley made his view on guns pretty clear brandishing the ones tattooed on his back. Judging from the cheers from the audience his controversial views are supported by many and it’s sure to get him a few column inches whilst he’s in the UK.

One issue we did have with Brantley’s performance was something he had very little control over and that was the quality of the sound. At times it was hard to hear what he was saying and trying to make out more than the odd single word proved very difficult. It’s a shame because you could see him giving it his all but you could barely hear his vocal about the band.

Closing out the set was Brantley’s first number 1 hit Country Must Be Country Wide. It was a fitting end to a chaotic set and the audience didn’t seem to care that they couldn’t hear much of what Brantley was singing.

Brantley Gilbert is an acquired taste. He won’t appeal to every country music lover and some may feel he borders much closer to rock. Despite the sound issues Brantley gave a solid performance and the vocals we could hear sounded great. His controversial views about guns aside, he’s clearly got an adoring UK fanbase and he relishes in playing up to the bad boy tag he’s been given.

In this article:Brantley Gilbert, C2C, Country to Country