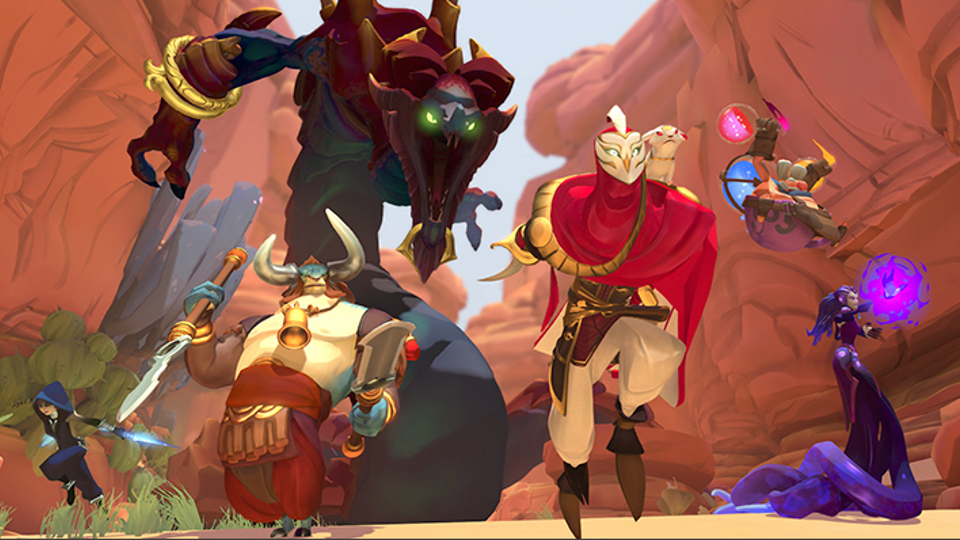 Motiga have announced that it has partnered with Microsoft to publish its competitive action game, Gigantic, on Windows 10 and Xbox One later this year.

Gigantic, where teams of five players fight fantasy battles alongside a five­story­tall guardian monster, will be a launch title for Microsoft’s release of Windows 10 and release simultaneously (or nearly so) on Xbox One.

[quote by=”Chris Chung, Motiga CEO”]It’s gratifying to see our partners at Microsoft express the same enthusiasm for Gigantic that Motiga and our community have felt all along. The game itself made this collaboration happen, and we can’t wait to get Gigantic in as many gamers’ hands as possible.[/quote]

With the partnership, Motiga gains access to Microsoft’s resources and expertise, including testing/QA infrastructure for both platforms. Furthermore, Gigantic will be available to more gamers in more languages, with more servers hosting the game on Windows 10 and Xbox One.

[quote by=”Phil Spencer, Head of Xbox”]We’re thrilled to partner with Motiga to bring Gigantic to Windows 10 and Xbox One. We’re always looking for ways to bring new, innovative experiences to gamers, and Gigantic is a great example of a game that not only offers cross­device gameplay between Windows 10 PCs and Xbox One but appeals to fans across multiple genres.[/quote]

In early tests, Gigantic has appealed to gamers across genre boundaries, with elements that are recognizable to fans of first­person shooters, action roleplaying games, and multiplayer online battle arenas (MOBAs).

[quote by=”James Phinney, Motiga VP of Product Development, the lead designer for iconic games StarCraft and the Guild Wars franchise”]The game offers a variety of heroes that map to your natural play style and gives you opportunities no matter what your gaming background. With Gigantic, we’ve worked to create a game that feels fluid and natural to play, while delivering an entirely new competitive experience.[/quote]

Gigantic will be free-to-play on Xbox One with Xbox Live Gold and Windows 10 PC and currently undergoing alpha testing. Check out the official Gigantic website for more details.

Advertisement. Scroll to continue reading.
In this article:Gigantic, Motiga, PC, Windows 10, Xbox One