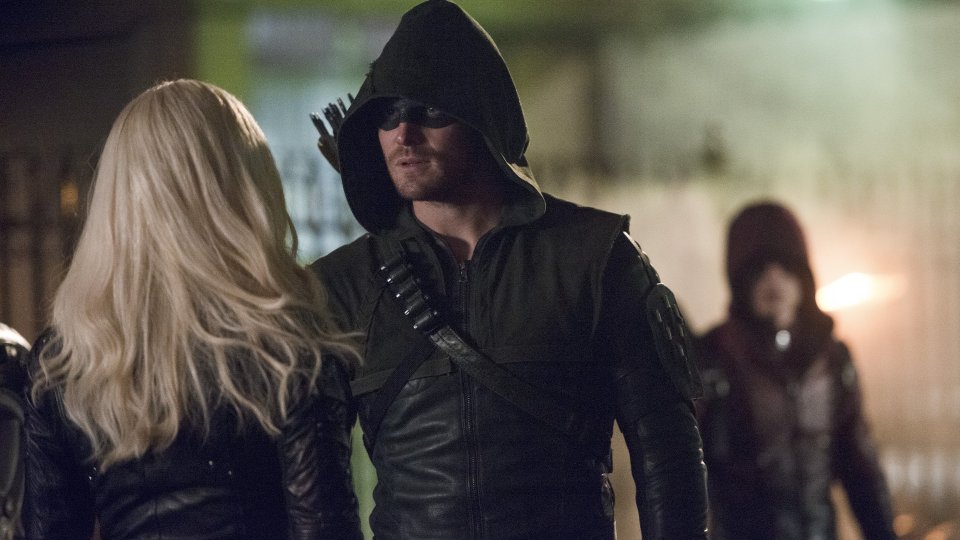 Oliver Queen (Stephen Amell) surprised Team Arrow in the latest episode of Arrow when he turned to Malcolm Merlyn (John Barrowman) for help.

After returning to Starling City following his recovery, Oliver found the town in chaos with Brick (Vinnie Jones) and his men close to taking over the Glades. Oliver’s return saw him reunite with Team Arrow and take Brick down with the help of Malcolm. Following the showdown, Oliver realised that his best chance of beating Ra’s al Ghul (Matt Nable) was to train with Malcolm, a decision that didn’t sit well with his friends.

The episode features a series of flashbacks chronicling the death of Merlyn’s wife, at the hands of Brick, and his journey to the League of Assassins to seek training.

The next episode of the season is Canaries. Vertigo (guest star Peter Stormare) returns and, not afraid to ruffle a few feathers, he hits Laurel (Katie Cassidy) with a full dose of his drug.