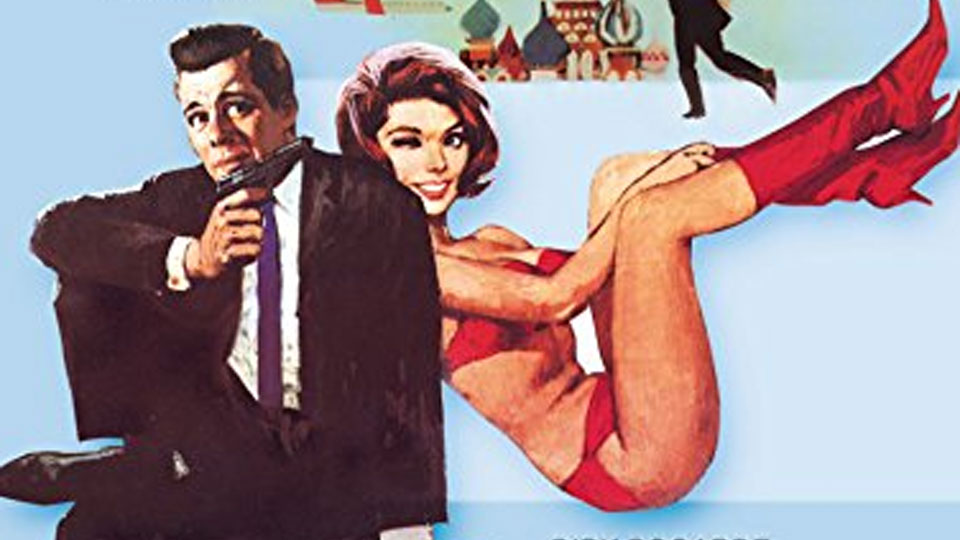 Hot Enough For June was an unusual project for its star, Dirk Bogarde, to take on in the mid-1960s. Bogarde had already made Victim and The Servant and was shedding his matinee idol image (which he was already too old for) and was cultivating a reputation as a serious character actor. This 1964 comic parody sees Bogarde playing Whistler, a work-shy writer who is employed by what he’s told is a glass factory. An assignment the other side of the Iron Curtain, to what was then Czechoslovakia, soon forces him to realise he’s not a salesman but a spy.

By the mid-1960s, James Bond was hot box office property, and European cinema caught the wave with a subgenre of knockoff spy movies. Hot Enough For June was an early parody of Bond, with the 1967 outright spoof Casino Royale yet to be made. The opening scene cheekily sees John Le Mesurier (Dad’s Army) reporting the death of 007, requiring his replacement to be found. Enter Bogarde as 008, who is extremely shaken even if he isn’t stirred.

Although the film was, for its time, fairly original, it now comes across as an entertaining entry into the tired spoof genre that offers few surprises. Bogarde, arguably the finest British screen actor of his generation, is hit and miss as Whistler, lacking the necessary comic lightness of touch (Roger Moore would have been perfect for the role) and instead muddling through the movie as if it’s all beneath him. He comes into his own in the second half, when on the run in Czechoslovakia, recalling similar fugitive parts in Hunted and The Blue Lamp. There’s very little chemistry between Bogarde and his co-star Sylva Koscina, and the romance element of the story is, alas, less believable than the rest of the plot.

Despite these drawbacks, Hot Enough For June boasts impeccable comic turns by some of the crop of British talent. John Le Mesurier (Dad’s Army) and Robert Morley (The African Queen) are a hoot as the senior civil servants who assign Whistler, and there’s a witty suggestion that they are lovers. Leo McKern (Rumpole of the Bailey) offers solid support as Morley’s opposite number, the general of the Czech secret police in charge of rounding up the British spy; and there are appearances by Derek Fowlds, Derek Nimmo, Roger Delgado and Richard Pasco to give enthusiasts of British character actors much to enjoy. The location filming in beautiful Prague also works to the film’s advantage.

Although released on Blu-ray, the transfer isn’t especially good, with a grainy picture, and some scenes looking as if they need substantial restoration. It’s presented in full-screen ratio.

Overall, Hot Enough For June is an entertaining if forgettable yarn, and this release doesn’t make the most of the possibilities of high definition. Extras include an original theatrical trailer and image galleries.

Hot Enough For June is released as part of Network’s The British Film Collection.