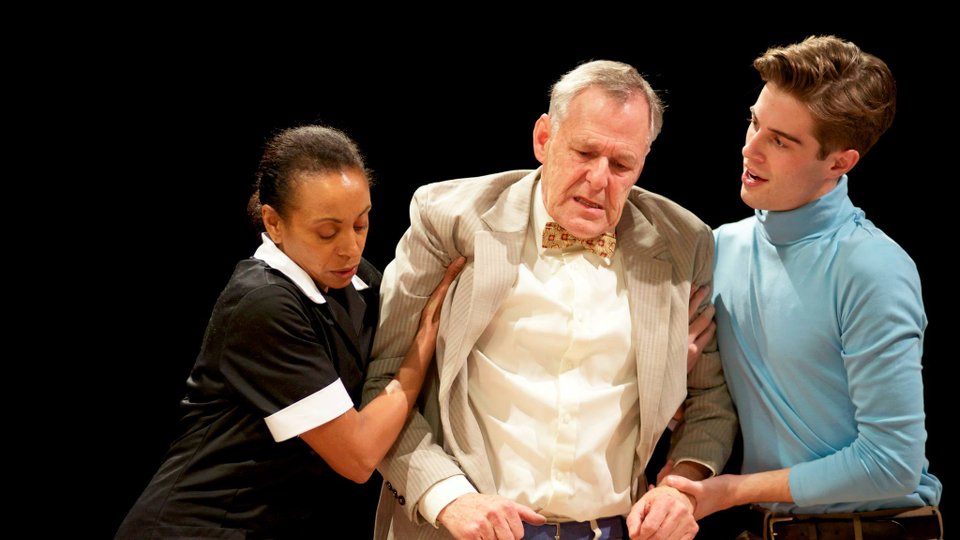 Set in the 1950s, Whale is presented as a lonely, isolated figure battling the after-effects of a stroke. His days are spent affectionately bickering with his faithful housekeeper Maria and toying with starstruck young men. Soon Whale’s head is turned by strapping gardener Clayton and a sometimes uneasy friendship is formed between the pair.

Ian Gelder (Kevan Lannister in Game of Thrones) handles the intricacies of Whale’s character carefully. In one of the opening scenes, Whale is being interviewed a young, enthusiastic fan who is convinced to remove at item of clothing for each question he asks. Let’s just say – he asks a lot of questions, and is not the only actor to go full frontal during proceedings. Somehow, Gelder manages to find a balance between being playful and lecherous, not an easy feat as the retired director lusts over nubile flesh. Gelder is most affecting as he convincingly portrays the pain, both physically and emotionally, of his mind’s deterioration. You can feel ripples of sheer frustration as he forgets names and loses his train of thought.

Newcomer Will Austin certainly has the impressive physicality needed for the role of Clayton, with the audience as transfixed as Whale, but his performance does feel shallow, especially compared to Gelder’s well-rounded and intriguing interpretation. Lachele Carl brings humour and heart to the role of the long-suffering housekeeper and makes for an entertaining double act with Whale. These interactions provide a welcome contrast to the well-staged and effectively-lit flashbacks of some of the more memorable and harrowing moments of Whale’s life. Joey Phillips and Will Rastall provide strong support in a variety of roles, especially in these scenes.

While always interesting, the pace does sag a little, especially in the first act which runs at 80 minutes, compared to the last act’s more spritely half an hour, and the staging can be frustrating, with the audience on three sides. But this is an entertaining, and sometimes moving adaptation which offers a plumb role for actors – and Ian Gelder seizes the opportunity.