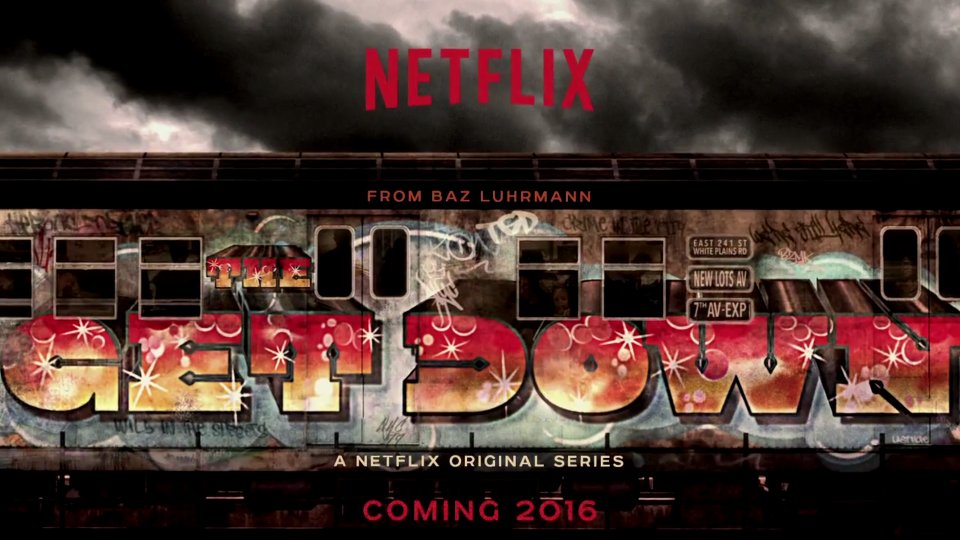 Baz Luhrmann’s new series The Get Down will be coming to Netflix in 2016 it has been confirmed.

Th 13-episode original series is a drama from Sony Pictures Television that will focus on 1970s New York City. The official synopsis for the new series is:

Consigned to rubble, a rag-tag crew of South Bronx teenagers are nothings and nobodies with no one to shelter them – except each other, armed only with verbal games, improvised dance steps, some magic markers and spray cans. From Bronx tenements, to the SoHo art scene; from CBGBs to Studio 54 and even the glass towers of the just-built World Trade Center, The Get Down is a mythic saga of how New York at the brink of bankruptcy gave birth to hip-hop, punk and disco — told through the lives and music of the South Bronx kids who changed the city, and the world…forever.

“In this golden era of TV, the Netflix culture puts no constraint on creative possibilities. So it is a natural home for The Get Down, a project I have been contemplating and working on now for over 10 years. Throughout, I’ve been obsessed with the idea of how a city in its lowest moment, forgotten and half destroyed could give birth to such creativity and originality in music, art and culture. I’m thrilled to be working with my partners at Sony and collaborating with a team of extraordinary writers and musicians, many of whom grew up with and lived the story we’ve set out to tell,” said Baz Luhrmann.

We’ll bring you more news on The Get Down as its released and with Luhrmann’s previous credits (Romeo + Juliet, Moulin Rouge) the series is sure to be one that can’t be missed.

Watch the first teaser for The Get Down below:

In this article:Baz Luhrmann, Netflix, The Get Down