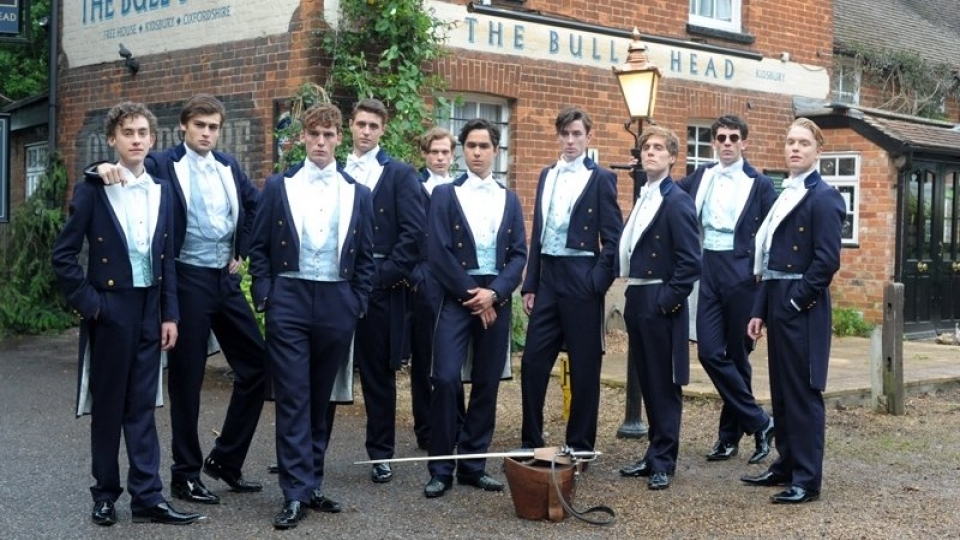 After starting at Oxford University, two polar opposite new students are taken under the wing of The Riot Club, an old-boys organisation founded on the virtues of excess, wealth, greed and arrogance. This all comes to a head one evening, as the morally reprehensible and filthy rich group look to prove that everything and everyone ultimately has a price.

The Riot Club, adapted from the acclaimed stage show, promised much. The attack on the British establishment and the ills of that inner circle could have created a real gem of a drama. Instead The Riot Club plays every hand with predictable panache, leaving any real opportunity of debate redundant. Going for shock value and the easy win, The Riot Club certainly holds your attention but does little to live up to its hype.

The cast are a who’s who of young British talent with Sam Claflin utterly despicable in a role he clearly had fun with. Ben Schnetzer continues to impress in every movie role he tackles (The Book Thief and Pride) and proves that he is one of this generations most versatile performers. Douglas Booth, Sam Reid, Freddie Fox, Olly Alexander and Matthew Beard all impress too, especially given the restraints of their characters.

Max Irons plays the one member of The Riot Club that you can sympathise with and does well for the most part. But the caricature nature of his other club members renders this all a bit pointless. Surely a look into each of their lives would have created a more satisfying and believable conclusion. Holliday Grainger and Tom Hollander impress in supporting roles with Natalie Dormer and Jessica Brown Findlay both on competent cameo duty too.

Director Lone Scherfig has a clear eye for a scene and constructs the film well. Perhaps a less is more approach would have been more effective given the finale but on the whole, The Riot Club works on a visual scale. Laura Wade has adapted her own play (Posh) and has done a stellar job broadening its horizons to a cinematic level. But her decision to turn all this cohesive set-up into a brawl really doesn’t do the film justice, with the end in particular being a big disappointment.

The Riot Club is an entertaining, visceral and compelling watch but it only scratches at the surfaces of its true message. By forgoing actual intellectual debate on the classes, it happily opts for theatrics and sensationalised violence to do its talking and that’s a real shame. Ironically, it ends up falling victim to the very excesses it’s trying to denounce. But taken on face value, The Riot Club certainly provides a memorable experience with a young cast that all deliver when it counts.