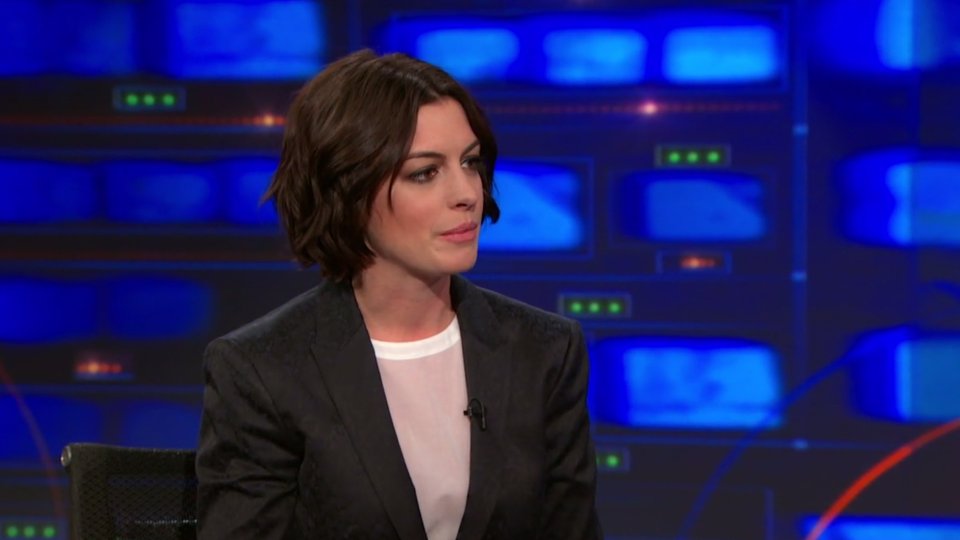 Anne Hathaway stops by The Daily Show tonight to promote her new movie Song One.

In the movie Anne stars as Franny, a young woman that strikes up a relationship with her ailing brother’s favorite musician. Hathaway stars alongside Johnny Flynn and Mary Steenburgen in the movie which is released in the US tomorrow.

During her interview on The Daily Show tonight, Anne starts to laugh uncontrollably at a very unfortunate moment when she’s explaining what the movie’s all about. She’s not alone though as host Jon Stewart also bursts into laughter and struggles to stop.

We’ve got a clip of the moment to share with you that gives you a sneak peek at the interview.

The Daily Show airs tonight on Comedy Central Xtra 00.50am. Watch the clip from the interview below: