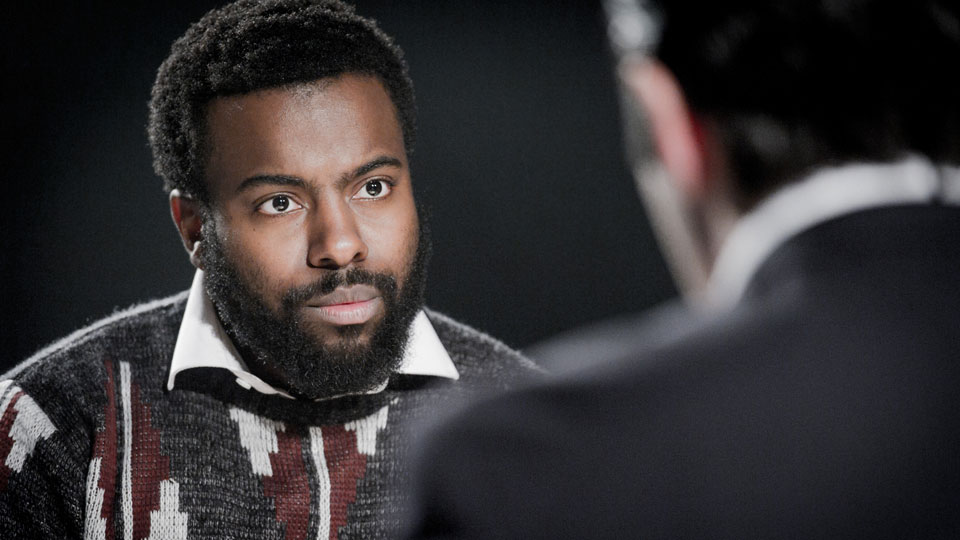 Juliet Gilkes Romero’s charged political play takes the audience chronologically backwards through the coalition years with Labour in the doldrums, through the New Labour years, all the way to the mid-1980s when old Labour was similarly in the wilderness and providing no answer to rampant Thatcherism. Back then, there were no black MPs, and the notion of shortlists for black parliamentary candidates proved toxic to party leadership.

The action unfolds following the journeys of two black labour politicians, Karen (Emma Dennis-Edwards) and Michael (Akemnji Ndifornyen), documenting their reverse fall from youthful idealism, and even militancy, to their compromised older selves surviving in the cut-throat world of Westminster.

The play is full of ideas about exploring politics dramatically, and it’s thorough in its assessment of the subject matter. It will undoubtedly appeal to audiences who enjoy political drama, with much of David Edgar’s output a decent comparison. There are, however, a few problems with the play and with this production that prevent it from matching the best of Edgar for quality.

The fundamental problem is that the characters never quite live and breathe on their own. There is too much blunt expositional dialogue, not limited to the first scene but throughout the play, and the characters are too-often used as mouthpieces for political ideas. Scenes begin and end on the same note, suggesting that the ideas were more important to the writer than rounded characterisation. Dramatically, it’s a little dry. Emma Dennis-Edwards never quite nails the character of Karen or pinpoints the journey she undergoes. Akemnji Ndifornyen fares better as Michael, especially in the earlier scenes when his world-weariness has become apparent. Yet continuous costume changes and extravagant wigs, designed to evoke the era, are ultimately distracting and unintentionally comic and take the focus away from the drama.

The most fun character in the play is Barry, a spin doctor who spots talented young firebrands and tried to mould them into towing the Labour party line to allow a smooth rise to positions of power. Barry is the only character who doesn’t undergo a journey (or at least as much of one), but Andrew Scarborough has a lot of fun with the part and gives an excellent performance that is in turns comic and calculating. Scarborough’s presence on stage always breathes life into the play, and his portrayal of Barry is fascinating: he’s an oleaginous and unfaithful master manipulator – yet his charm and good humour leave you on side.

Upper Cut zips along, with ninety-minutes for a one-act play measured appropriately. The reverse structure of events is cleverly crafted and is a powerful device which reveals to the audience how people change over time in a way that hits home even harder than it would under a linear timeframe. Nevertheless, the undeniably important and relatively dramatically unexplored subject matter doesn’t rise from the page as engrossingly as it should. The nagging feeling is that the drama would have been so much more compelling with the ideas unfolding through human characters whose fates you’re invested in. There are shortcomings to the play, and this production doesn’t find ways to mitigate its weaknesses.