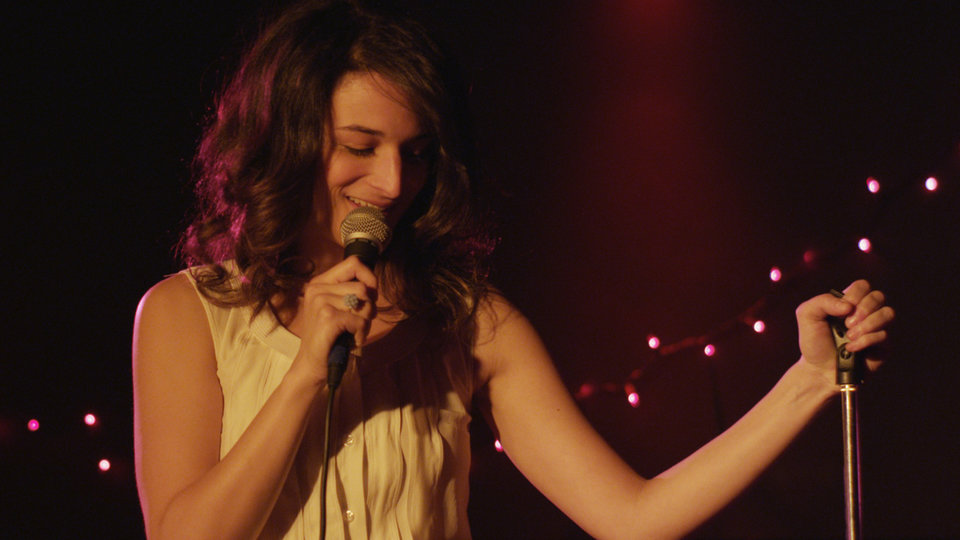 Donna Stern (Jenny Slate) is an aspiring comedian. Her everyday twenty-something life offers ample material for her brand of humour. Crude and unapologetic on stage (talking about sex and dirty underwear), off stage she’s just as bad. But when Donna becomes pregnant after a one-night stand she soon realises that she is not ready for independent womanhood. But with the aid of her close friends Jenny sees this as an opportunity to self-discover and also breed self-empowerment.

Women-led comedy films has grown even larger over the past few years thanks in part to the work of such amazing females like Tina Fey, Anna Poehler, Lena Dunham, Melissa McCarthy, Mindy Kaling etc. Get ready to add Jenny Slate to that list, a woman who most will know as a guest star on TV shows or as a bit part player in movies.

Now in her first lead movie role, Jenny Slate takes the character of Donna Stern into a direction that most actors would fear to go. Obvious Child is not a light hearted comedy; it’s a cold hearted look at reality for those that think life will never end. This is the movie that brings all that down to Earth with a bump (pun intended).

The miracle of child birth is mercilessly torn apart by Donna and her friends as they all try to justify why having a child wouldn’t be beneficial for their lives. Crude it does get, but this is how the film and the characters deal with this shock development. Yet through this aggressive banter they all discover what their lives have become and why. It’s these elements of the film about self discovery that resonant the hardest on and off screen.

The comedy only averts the emotional situations for a short period before the characters have to realise that life needs to change for them to help them develop as humans. This accidental fall into womanhood isn’t planned but the film really grabs hold and emphasises why these people need to buck up their current lives and start to look at the bigger picture.

The film solely revolves around Donna, so a strong female is called for the role and Jenny Slate triumphs in every aspect of how she deals with this emotional roller-coaster of a new life. Her initial stand-up comedy shtick is funny, and the gross-out language also adds confidence to the role. But as the story turns so do we – it’s great to see Slate change her demeanour of the character. Jenny’s work in moving from comedy into drama, then into romance and back again always feels effortless. She creates a character that you can’t help but love every step of the way, but for entirely different reasons.

Lured in by the comedy, Obvious Child then sets off an event that removes the gratuitous language and replaces it with a vulnerable female looking to discover who she is and where she actually should be going. Thoroughly authentic with warmth and sensitivity.

Advertisement. Scroll to continue reading.
In this article:Obvious Child