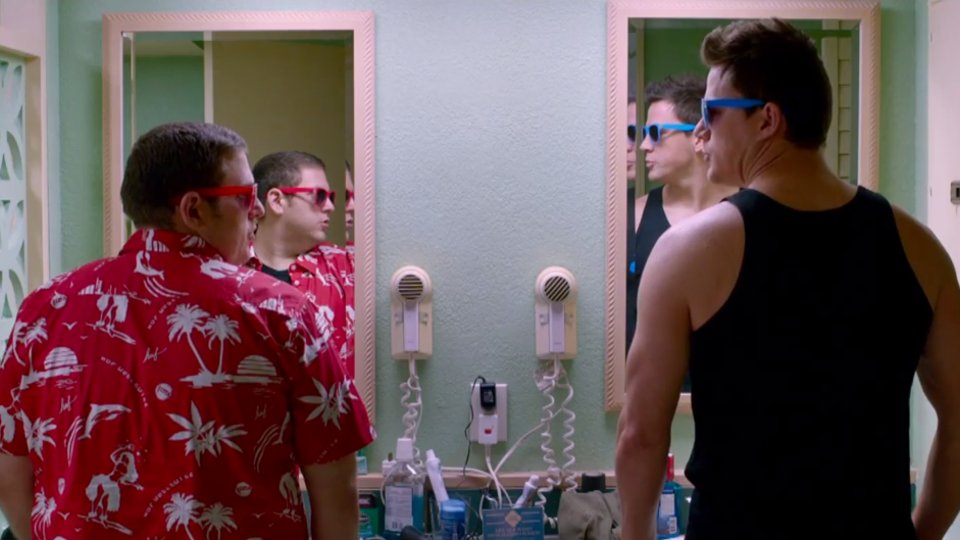 Sony Pictures Home Entertainment have teamed up with London agency Banana Stand and Google’s Creative Lab to celebrate the digital release of blockbuster comedy 22 Jump Street. They have created a new audio-visual product from Google: the Cube.

Google Cube is an experimental video platform for interactive storytelling. Six films are wrapped around a virtual ‘cube’ in the viewer’s screen. The viewer can then use their cursor (or a finger-swipe on touchscreens) to rotate it to control which sides they see. Audio is synchronised with the cube’s movement so only sound from sides currently in view can be heard. Viewers can move between each of the related stories playing out on any one of the six sides or choose to watch multiple sides simultaneously depending on how they rotate the floating Cube.

The ‘22 Jump Street Ice Cube’ focuses on the angry, foul-mouthed outbursts of Captain Dickson, played by the aptly named Ice Cube, presenting new memes from the character’s funniest lines and GIF-like loops of the movie’s action sequences.  The ‘looping’ nature of the Cube encourages fans to explore the footage over and over again, creating their own combinations of the hilarious, expletive-packed sequences.

Sony Pictures Home Entertainment is the first TV and film distributor in the world to use Google Cube. Tom Uglow, Creative Director at Google Creative Lab, Sydney, said: “We built the Cube as an open platform, and it’s amazing to see the creative uses people are finding for it – from agencies through to artists, filmmakers, musicians, educators, and others.” He added: “We’re particularly excited about SPHE’s 22 Jump Street Cube because it is the first time we’ve worked with a major film studio and we couldn’t have imagined that a couple of months ago. We love the energy Sony has packed into it: it’s witty, authentic, irreverent, and insanely catchy.”

Sony Pictures Home Entertainment Product Manager Kate Jeremy added: “We are really excited to be the first film distributor to use this new technology. Presenting our content via such an entertaining and interactive platform delivers a much more engaging experience for Jump Street fans than a conventional ad format and should create real stand-out for the release.”

The ‘22 Jump Street Ice Cube’ can be found at www.22jumpstreeticecube.com and can be accessed on desktop via Google Chrome, and on Android mobile and tablet devices. Users must be 15 or over.

22 Jump Street is available now on Digital HD through Google Play and other digital services, and on Blu-ray™ and DVD on November 17.