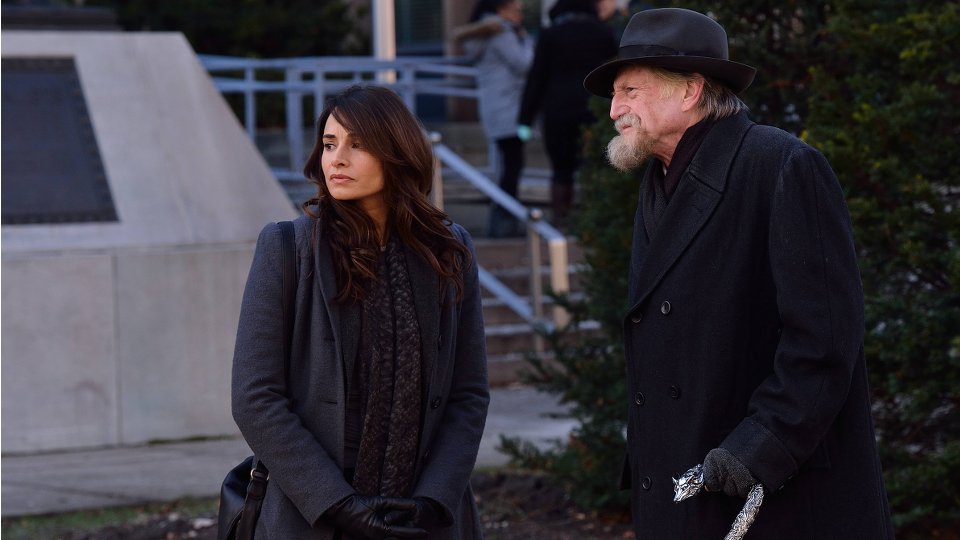 The survivors from the mysterious plane virus outbreak started to show symptoms that suggested they weren’t actually fine after all in the latest episode of The Strain.

The four survivors each started to show different symptoms with rock star Gabriel (Jack Kesy) biting a woman during a romp and Captain Redfern’s (Jonathan Potts) health rapidly deteriorating. Eph (Corey Stoll) was taken off the case after arguing that there is a viral outbreak linked to the box that went missing from the plane but the CDC are trying to brush it off as carbon monoxide poisoning.

Elsewhere in the episode the custody hearing is approaching for Eph’s son and Abraham (David Bradley) was visited in prison by Eichhorst (Richard Sammel) and vowed to put a stop to the Master’s planned terror. On a side note was anyone else freaked out by the little girl attacking her father at the end of the episode?

The next episode of the season is Gone Smooth. Eph and Nora (Mia Maestro) battle to save Captain Redfern’s life. Abraham is released from prison and gets his hands on the passenger list.

Tune in to Watch on Wednesday at 10pm to see the episode. Preview it with our gallery below:

In this article:The Strain