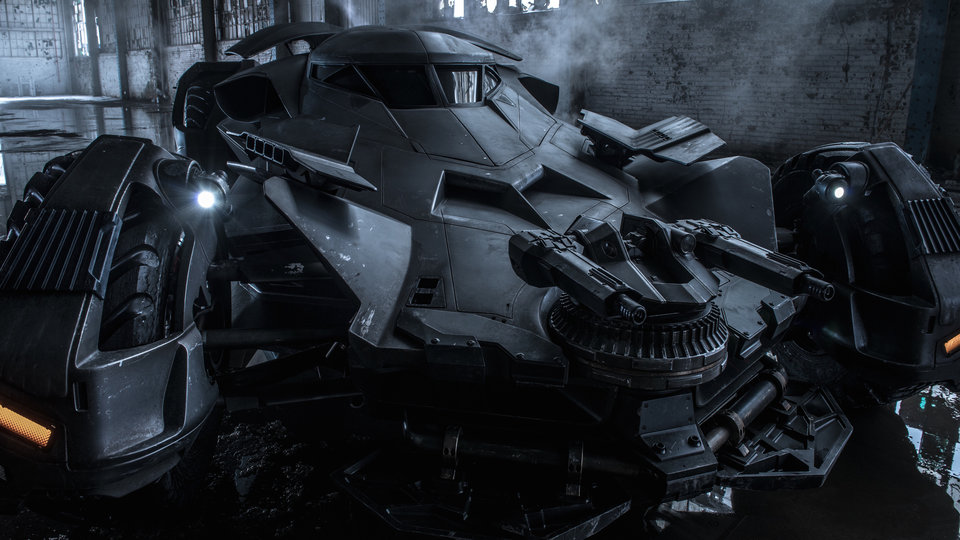 As a kind of hybrid between the Tumbler used in Christopher Nolan’s trilogy and the new Batmobile featured in the Arkham games, this iteration looks very sleek and intimidating. We love the style and can’t wait to see it in action tearing through the streets of Gotham!

Using Frank Miller’s seminal graphic novel The Dark Knight Returns as a huge inspiration, Batman v Superman: Dawn of Justice features Ben Affleck as Batman, Henry Cavill as Superman and Gal Gadot as Wonder Woman in one of the most anticipated comic book movies of all time.

The film should also usher in the foundations of The Justice League which will feature the likes of The Flash, Aquaman and Green Lantern.

Check out the new Batmobile below!

Batman v Superman: Dawn of Justice is due for release in April 2016.