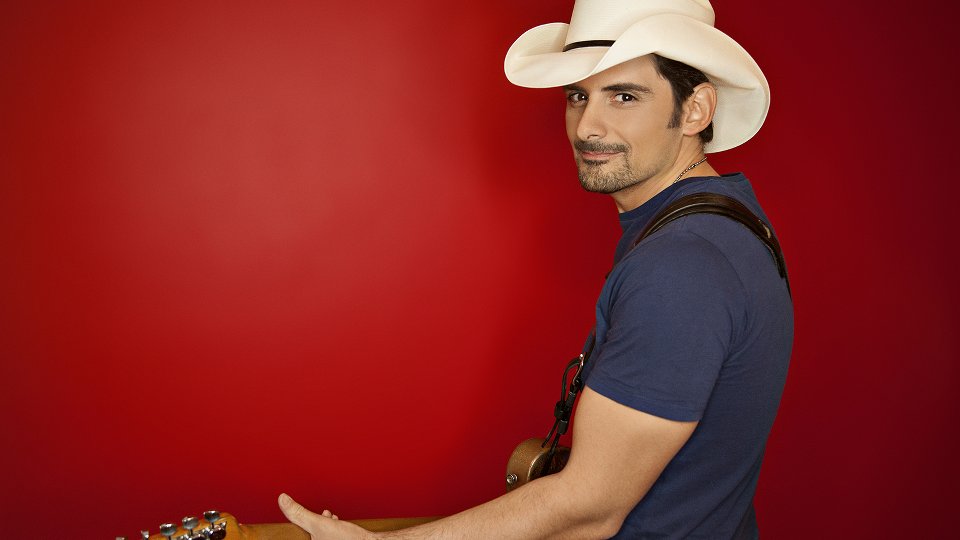 Brad Paisley is one of the biggest country music stars in the world. Earlier this year he headlined the second annual Country To Country music festival at London’s O2. In his career to date Paisley holds the record for the most consecutive number ones on the US Country charts with 10 of his songs hitting the top spot between 2005 and 2009. Recently Brad released his 10th studio album Moonshine in the Trunk, which entered the US Top Country Albums chart at number 1.

Moonshine in the Trunk opens with Paisley’s signature guitar licks on Crushin’ It which is a feel-good uptempo number and a great start to the record. The album’s lead single River Bank has an infectious chorus that is perfect for these late summer days whilst current single Perfect Storm is the album’s big ballad that is sure to score Paisley yet another hit to add to his impressive tally.

Paisley is aided by two top female country vocalists on two standouts from the album; High Life and Gone Green. Carrie Underwood lends her vocals to the playful High Life which tells the story of an opportunistic group looking to make a buck any way they can, including suing Carrie! Emmylou Harris provides vocal harmonies on the stripped-down Gone Green which is more traditional country then the current mainstream sound.

Elsewhere on the record the title track infuses rock into the country melodies for a storming 4 minutes, Limes celebrates making the most of bad situations in life, and 4WP sees Paisley sampling his own song Mud on the Tires in an ode to his pick-up truck.

Moonshine in the Trunk is a great listen and packed full of strong songs. Paisley may not quite have the profile in the UK that he enjoys in the US but UK country music fans will find plenty to enjoy on this record. Paisley remains one of the smartest songwriters in country music and his personality shines through on this record.

In this article:Brad Paisley