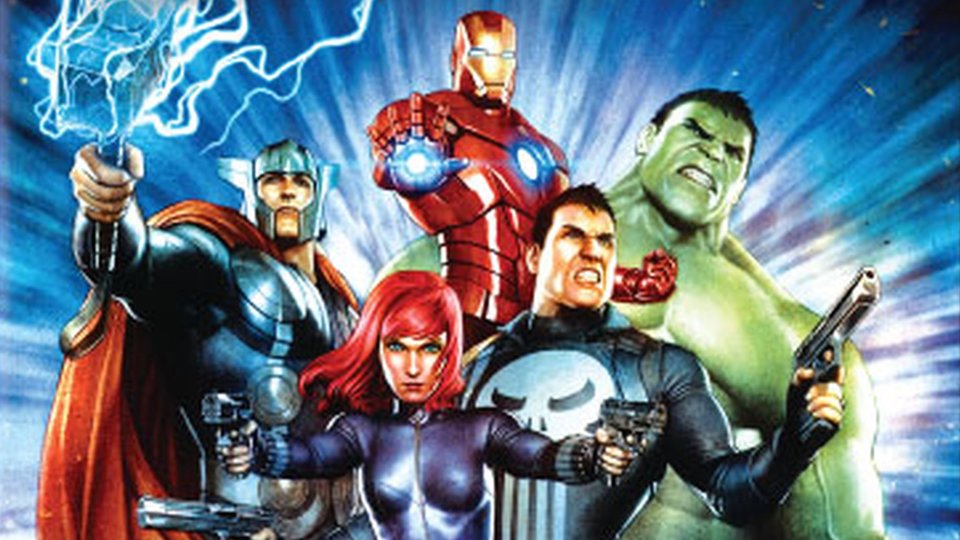 In this action-packed animated film, two of Marvel’s most popular characters, Black Widow (voiced by Jennifer Carpenter – TV’s Dexter) and The Punisher (voiced by Brian Bloom – Call of Duty: Modern Warfare 3) team up alongside Iron Man, Thor, Hulk, and the rest of the Avengers.

Go behind-the-scenes of Avengers Confidential: Black Widow & Punisher with two revealing, making-of featurettes “Espionage and Punishment” and “The Vigilante Vs. The Spy.” In both featurettes, fans will hear from filmmakers on the highly anticipated pairing of two of Marvel’s most deadly Super Heroes.

After interfering with a top secret mission, The Punisher is taken into custody by S.H.I.E.L.D. AGENT and Avenger, Black Widow. At the orders of Director Nick Fury, Punisher and Black Widow are sent on a mission to stop Leviathan, a global terrorist organisation, that plans to sell stolen S.H.I.E.L.D. technology to the highest bidder. Now, the vigilante and spy must work together to prevent this technology from falling into the wrong hands. The fate of the world, and of the Avengers, hangs in the balance.

Avengers Confidential: Black Widow & Punisher was directed by Kenichi Shimizu, with a story by Marjorie Liu and screenplay by Mitsutaka Hirota. It was produced by Marvel, Sony Pictures Entertainment (Japan) Inc. and Madhouse Inc.  The film has a run time of approximately 79 minutes and is rated 12 for sequences of action violence.