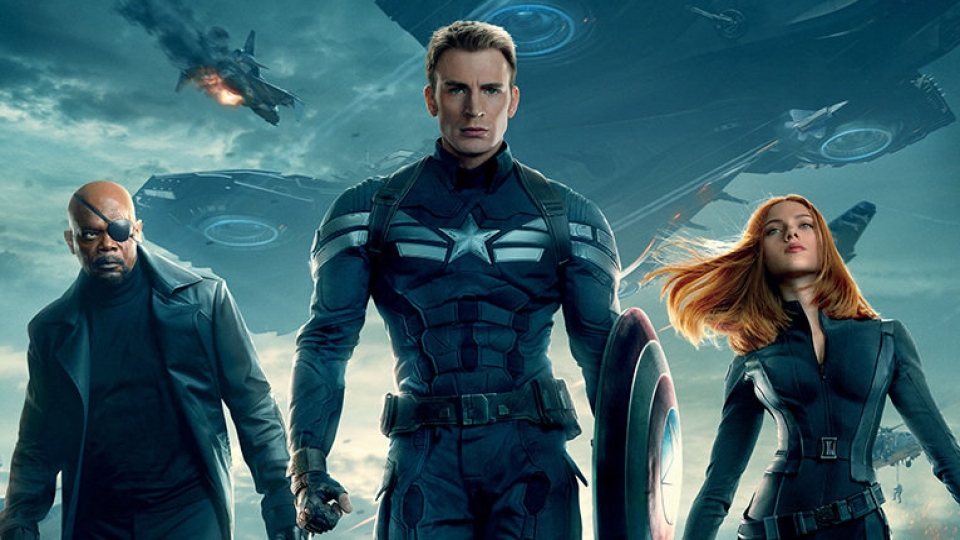 After the earth-shattering events of the New York invasion (told in Avengers Assemble), Captain America aka Steve Rogers (Chris Evans) is adjusting to life as an integral part of S.H.I.E.L.D’s operation. Partnered with Natasha Romanoff aka The Black Widow (Scarlett Johansson), the two Avengers uncover a devastating plan to control the world’s population. At the same time, a blast from Steve’s past arrives in the form of a deadly Soviet agent named The Winter Soldier who has Cap firmly in his sights.

Captain America: The Winter Soldier is a brilliantly-realised vision of a very tricky Marvel property. Much like Thor, Captain America isn’t an easy character to translate to the big screen. The costume alone is a hard sell in these cynical times let alone championing the virtues of truth, honour and the American way. The first movie divided audiences but I really loved it. Marvel has done it again and delivered a Captain America movie that’s very entertaining and plays out as a solid espionage thriller. It may shine a light onto a few telling flaws in Caps armour but on the whole, The Winter Soldier is a solid second chapter in Steve Rogers big-screen adventures.

Chris Evans nails the role of Steve Rogers aka The Captain and is the main reason why the film works so well. His everyman charm and unapologetic patriotism are sensational and he clearly looks the part. As great as he was as Johnny Storm in The Fantastic Four all those years ago, Captain America feels like the right fit for him after two solo movies and The Avengers have firmly re-established the character into pop-culture. Evans’ performance never feels false or cynical but rather sympathetic, genuine and heartfelt.

The supporting cast are all solid. The pick of the bunch is Samuel L. Jackson as Nick Fury, the head of S.H.I.E.L.D.  We have seen him in practically every Marvel film but Captain America: The Winter Soldier is the first one that really utilises him as a viable, standalone character. He frequently is at the centre of the films biggest and best action sequences. The same can be said for Scarlett Johansson as Black Widow and Anthony Mackie as Falcon but it also underlines just how important it is that Captain America has strong side characters. As good a character as he is, Captain America cannot stand on his own in the same way Iron Man and Thor can. However, Steve Rogers has the most scope to grow as the Marvel Universe expands, which should be interesting to see unfold.

Gossip Girl’s Sebastian Stan proves that he is more than just a pin-up in the pivotal role of ‘Bucky’ Barnes who becomes The Winter Soldier and Hayley Atwell features in a very small cameo as Steve’s old flame. The perennially underused Frank Grillo is great as a combat soldier and of course Robert Redford steals his scenes as the director of S.H.I.E.L.D.

Captain America: The Winter Soldier is a big success and sets up The Avengers 2 and even Guardians of the Galaxy very well. There are a few niggling problems with the script but I can’t go into them without giving away major plot points. But regardless of these minor gripes, Captain America: The Winter Soldier is a great addition to the Marvel annuls that will enthral, excite and energise you for what’s to come in The Avengers sequel. And like all Marvel films, make sure you stay until the very end of the credits – there are two additional scenes to witness.