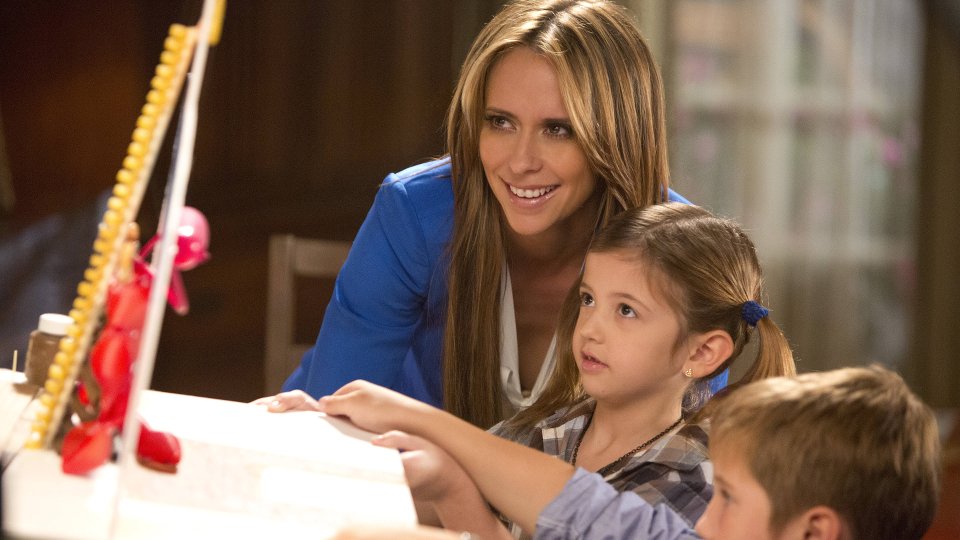 The Client List’s second and final season drew to a close last night on Lifetime in the UK and we have to say as a series finale we weren’t satisfied.

If you haven’t seen the second season of The Client List and don’t want any spoilers we suggest you stop reading now. If you have seen it and want to hear our thoughts then keep reading.

As the series came to its abrupt end, Riley (Jennifer Love Hewitt) was stood outside The Rub about to face the music as the business burned to the ground with Carlyle (Johnathon Schaech) seemingly inside and Evan (Colin Egglesfield) and Kyle (Brian Hallisay) waiting for an explanation. The second season saw Riley’s world threatened as her estranged husband returned, her fledgling romance with Evan ended and the secrets of The Rub were about to be exposed.

Unfortunately the show’s future was thrown into jeopardy when Jennifer Love Hewitt became pregnant and it is alleged that creative differences about the direction of the third season led to its cancellation. We think it’s a real shame as The Client List had become our guilty pleasure and there was much more story to be told.

We’ve compiled a list of 10 reasons why we think The Client List should have been renewed for a third season:

1. We’ll never know how Riley gets out of the mess Carlyle made for her. As the credits rolled on the final episode we were desperate to know if Riley would come clean to Evan and Kyle about The Rub and the danger she was in. Would she spin a white lie to spare them the truth or finally admit what she’s been doing to make ends meet?

2. Evan had a lot of questions. After seeing Riley auditioning to be a pole dancer at Carlyle’s club, Evan had plenty of questions he wanted to ask Riley and was the only person to suspect she was up to something untoward to make ends meet. As he was heading up the task force we would have liked to have seen him target The Rub and see how that storyline could have played out.

3. Kyle should have found out. We really wanted Riley’s no-good husband to find out exactly what he’d forced his wife to do when he abandoned her. There was room for a lot of drama here and the series ending without Kyle finding out – even though he suspected something – was disappointing. We wanted to see him face up to his actions and understand the consequences they had on his family.

4. Riley and Lacey (Rebecca Field) never got a chance to make up. Lacey had grown tired of Riley’s constant excuses and evasiveness. After almost missing the moment Lacey adopted her son, the two found their relationship to be very strained. Last we saw Lacey she was heading to Riley’s with Dale (Greg Grunberg) to look after the kids whilst Kyle went in search of Riley.

5. Lynette (Cybill Shepherd). The character may have been side-lined and about to leave at the end of season two but we couldn’t imagine The Client List without Lynette. We wanted her to get a bigger role for the third season and she’s a crucial part of Riley’s support system.

6. Nikki’s (Laura-Leigh) fate. Did Carlyle kill the duplicitous little minx after he discovered she had helped Riley retrieve The Client List? We’ll never know! She was last seen being pinned to the sofa by Carlyle but whether or not she was alive will remain a mystery.

7. A happy ending for Selena (Alicia Lagano) and Derek (Rob Mayes). These two pussyfooted around each other and played games for the entire second season. It was pretty clear they were a perfect match but Selena wouldn’t let her guard down and Derek came on a bit too strong. We wanted to see how their relationship progressed especially as they ended on a not very hopeful note.

9. Riley to be redeemed in Georgia’s (Loretta Devine) eyes. The loss of the client list didn’t do much to help Georgia’s dwindling confidence in Riley during season 2. We wanted to see the old bond back between these two characters as Riley redeemed herself by keeping the secret of The Rub safe.

10. We’ll miss the fun moments with the clients at The Rub. The hot oiled pecs on the table provided a weekly pick-me-up and we’ll miss seeing Riley and co working their magic on the hottest men to grace television.

The Client List: The Complete First Season is available on DVD now.