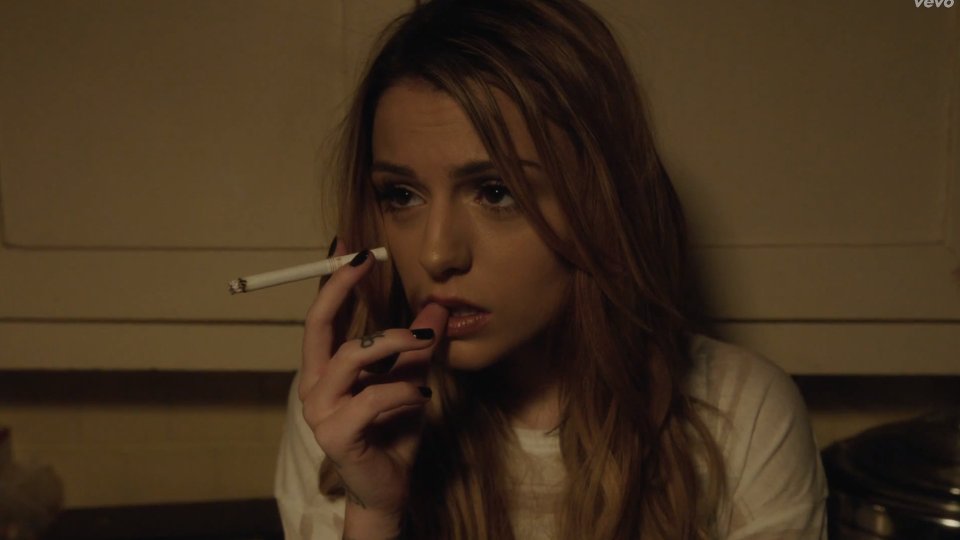 Two and a half years have passed since Cher Lloyd released her debut album Sticks + Stones. After scoring a number one hit with Swagger Jagger, it looked like Cher might be the next big female UK star. Her second single With Ur Love featured Mike Posner and scored her a number 4 hit. The release of third single Want U Back failed to match the success of the previous singles in the UK but over in the US it launched her as an artist creeping into the Billboard Hot 100 Top 10 and selling over 2 million copies. Can Cher reclaim her UK success with new album Sorry I’m Late?

Sorry I’m Late was released in the US a couple of months back and despite no hit lead single, it still entered the US Billboard 200 at number 12. Here in the UK it looks like Cher may be a victim of her US success as she’s struggling to make much of an impact with her new music. Often when a UK artist concentrates on the US over their home territory fans can turn and that is looking likely with Cher’s current single Sirens failing to gain much momentum. After the way she was treated by the UK public though we can understand her desire to go stateside.

The success of Sorry I’m Late is looking doubtful which is a shame as it’s a solid pop record that shows, for the most part, growth and maturity from Cher. Lead single Sirens is a good example and showcases Cher’s vocals rather than her feisty attitude. She’s a great singer and she doesn’t show that too often. On Sirens she packs both power and punch leaving us interested in hearing more songs like this for her third album.

The sound is varied across Sorry I’m Late and there are a couple of moments where the brattier side of Cher comes out. M.F.P.O.T.Y. is one expletive-filled track we didn’t really need whilst opening track Just Be Mine could have easily featured on her debut effort.

When Cher’s good though, she’s really good. The chunky beats of Bind Your Love are a definite highlight giving Cher a strong melody and a radio-friendly track that could be a big single. Elsewhere the punchy I Wish, which was released as the album’s lead single in the US, is a pure pop delight, Dirty Love is a punchy attitude-filled number and album closer Alone With Me is an electro-pop gem.

The two standout tracks on the record are Human and Sweet Despair. Human finds Cher laying her emotions bare and reminding people that she is actually a person with feelings whilst Sweet Despair showcases Cher as a vocalist and one that can easily hold her own.

Sorry I’m Late is a worthy follow-up to Sticks + Stones that keeps Cher’s personality at the forefront whilst progressing her sound musically. We’re a little over the brattier sounding tracks but the more mature pop/R&B/electro hybrid she’s created suits her really well. We hope that the UK gives Cher another chance and actually gives Sorry I’m Late the attention it deserves.

Watch the video for Cher’s latest single Sirens below:

Advertisement. Scroll to continue reading.
In this article:Cher Lloyd