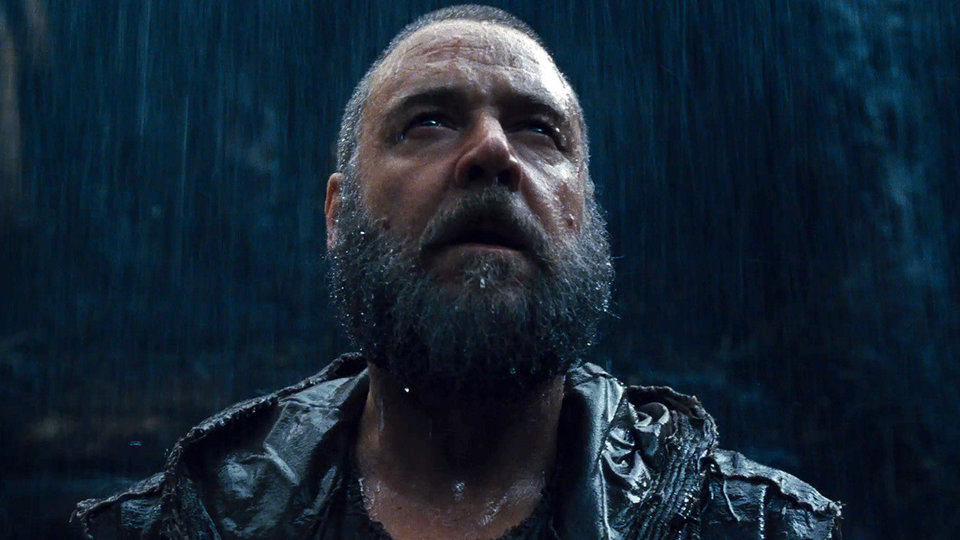 Noah (Russell Crowe) is chosen by the Creator to build a refuge for all of the world’s animals. The Creator is disheartened by man’s corruption and looks to cleanse the Earth through a raging flood that will sweep across the land and destroy everything. So Noah and his family set about building an Ark to house two of every animal. But this endeavour attracts the attention of the self-proclaimed King Tubal-cain (Ray Winstone), who seeks to take the Ark for himself.

Darren Aronofsky brings a very unique vision to the Biblical tale of Noah and the Ark. A revisionist take on the classic means that there are lots of plot-points specifically crafted for this very film. Some of them work well but others just weigh the story down with unnecessary bulk. But regardless of this, Noah has a distinct visual ambience that completely captivates you from start to finish.

The cast are fine with Russell Crowe doing particularly well as Noah. His transformation over the years is very convincing and he shares a great dynamic with Jennifer Connelly and his sons Logan Lerman and Douglas Booth. Emma Watson struggles to convince as Ila and Ray Winstone just feels like a cockney rebel which never truly fits, even though he is entertaining and over-the-top in a good way. Anthony Hopkins steals his scenes as Methuselah and adds gravitas to proceedings.

The visual effects are where Noah really comes into its own. Aronofsky brings his trademark inventiveness to the table in a series of sequences that showcase him as a true cinematic auteur. The 7 days of creation is brought vividly to life in a sumptuously filmed time-lapse sequence that leaves you gob-smacked. The environment of Noah feels unworldly and gives the film a very distinct style, with the look of the fallen angels truly inspired. They are beautifully rendered like huge, organic Transformers and are frequently the best things in Noah.

When the floods hit the CGI goes into overdrive and thoroughly hooks you in with scenes of overwhelming quality. The nightmarish dreams involving Adam & Eve, the serpent and a particularly savage night sequence which finds hundreds of people pillaging and sacrificing animals will linger long in the mind too. Throw in the impressive set of the Ark itself and the sheer scale of this endeavour and you have a film that oozes quality throughout.

Noah has a style and atmosphere that completely wins you over. Whilst the plot does the basics right, there are needless moments that make the 138min runtime too long. But all of this is soon forgotten thanks to some breath-taking spectacle and circumstance. The performances are solid and make Noah a very interesting, surreal and awe-inspiring take on a familiar subject matter.