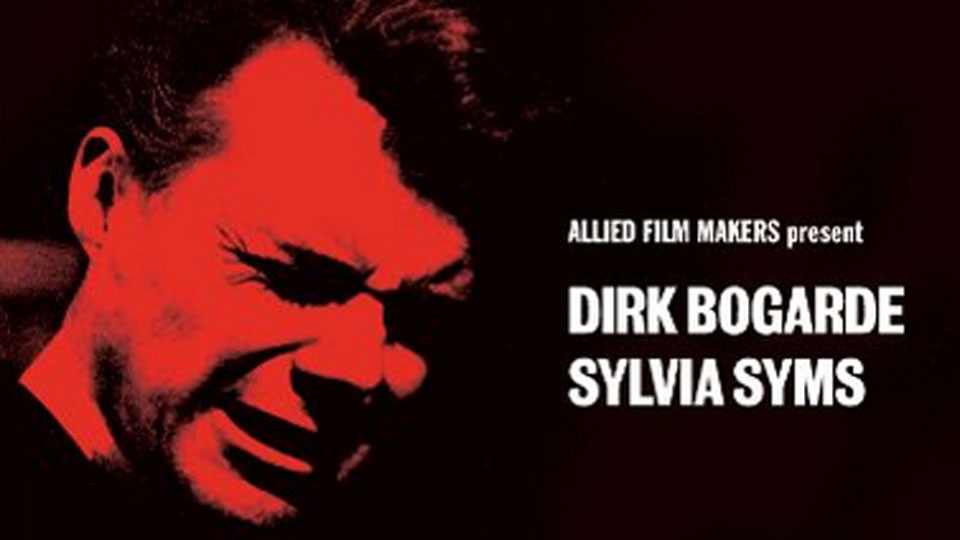 Victim is one of those films impossible to separate from its historical significance. Judged purely on its own merits, it’s a clever and suspenseful thriller, amongst the all-time best British movies, in which a lawyer goes after a blackmailer even though exposing him will lead to his own downfall.

Victim was made at the turn of the 1960s, at a time when homosexuality was still a criminal offence in the UK. As Detective Inspector Harris (John Barrie) points out during the film, 90% of blackmail cases had a homosexual component, because the victims couldn’t go to the police and were thus easy targets. Victim was a film that aimed to highlight the absurdity and cruelty of the existing laws, which were eventually repealed in 1967 in England and Wales, thanks in no small measure to the Wolfenden Report and Victim, which helped to place the issue into the public consciousness.

Against this political background, Victim is an undeniably significant film, but it is also a remarkably good one, thanks in no small measure to the superb performances. It was a career-defining moment for its star, Dirk Bogarde, who had earlier been Britain’s top film star and a matinee idol. Forty at the time Victim was produced (and made up to look even older), the major but declining star took on an enormously controversial role that could have ended his career, and in fact limited him afterwards to appearing in more art house cinema. The ever-conservative Hollywood would not come calling again.

Bogarde was playing gay long before it was fashionable, and, although he never came out: he was gay in real life, which is why making the film meant so much to him. His character in Victim is Melville Farr – a lawyer on top of his game and happily married to the beautiful Laura (Sylvia Syms). However, Farr has a secret. He has been seeing a young man Barrett (a brilliant portrayal of vulnerability by Peter McEnery, who went on to star in the film version of Entertaining Mr Sloane), who is being blackmailed as a result. Farr doesn’t want to help the young man and suspects Barrett may be trying to blackmail him, but when Barrett hangs himself in a prison cell, Farr realises he has to take responsibility for his actions and end the cycle of paranoia and suspicion, no matter what the consequences.

Victim is a cleverly-crafted film and competently directed under the sure hand of Basil Dearden, one of the shining lights of British cinema at the time. Certain moments, over half a century after they were committed to film, retain the power to make your hair stand on end. The moment where Laura confronts Farr about the nature of his relationship with Barrett is chillingly powerful. Bogarde and Syms give unusually raw and truthful performances for cinema of the era, and the emotion of the scene is stiflingly real. Syms’ Laura is beautifully nuanced and sympathetic throughout.

The film is notable for a few supporting performances, particularly Dennis Price (Kind Hearts and Coronets) who takes on the unusually small role (though retaining high billing) of a blackmailed actor. Price, also gay in real life, may have been moved to take part in the film owing to its cultural and political significance, much like its star. Charles Lloyd Pack plays an elderly gay barber, whilst Derren Nesbitt, a very busy young actor at the time, plays one of the young blackmailers. It would give away a twist to reveal the other, but satisfyingly, the character is motivated by religious prejudice and sanctimony. Some things never change.

Ultimately, Victim is both a terrific and important film, and it stands as a powerful reminder of the prejudice even in law that LGBT people have had to overcome, and continue to face in many, if not most countries in the world today. For that reason, Victim retains its potency and significance, even where some of the homophobic language in the film is uncomfortable to hear.

Make no mistake, Victim is Dirk Bogarde’s film. His Melville Farr is an immortal creation, probably second only to his Gustav von Aschenbach in Death in Venice as the very best of the remarkable actor’s extensive catalogue of stellar performances. Bogarde, we salute you.

This new Blu-ray release reveals the film in a clarity unseen before. It’s been astonishingly well restored to its former glory, to the extent that you can actually discern the ageing make-up on Dirk Bogarde’s face!

Extras include a thirty-minute interview with Dirk Bogarde at home, recorded when Victim was his latest film. In it, Bogarde talks about his whole career up to that point, and it features excerpts from many of his landmark films. The interview survives in bad condition (both picture and sound), and Bogarde speaks in the odd clipped manner British actors adopted at the time – but it’s worth persevering because it has moments of interest, especially Bogarde’s evasion when quizzed on why he took on the part in Victim. There are also extensive image galleries and a theatrical trailer.

Victim is released as part of Network’s The British Film collection.