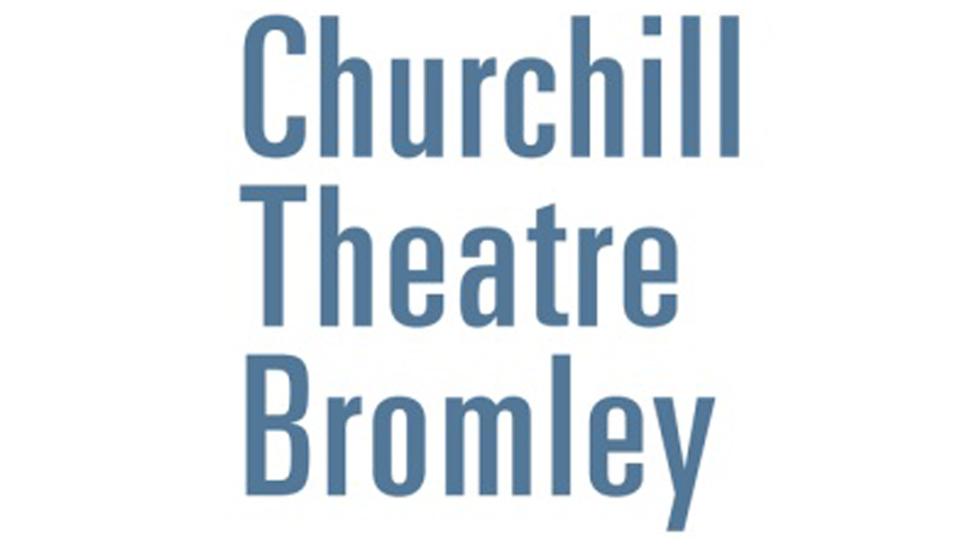 Check out the line-up for the current season:

From The Producer’s of West Side Story and South Pacific, Irving Berlin’s classic musical Annie Get Your Gun comes to Bromley starring Jonathan Wilkes. Featuring the all time classic hits: There’s No Business Like Show Business and Anything You Can Do I Can Do Better, led by a grand orchestra.

If you prefer a bit of dancing then why not try The English Youth Ballets’ version of Giselle. Featuring lots of talented young ballet dancers from the Bromley area who had to audition on the stage of Churchill Theatre.

Bugle Boy, the new hit musical by Den Stevenson, traces the life of Glenn Miller as he searched tirelessly for over twenty years to find a unique band sound.

Prepare for a party as the nations favourite rock ‘n’ roll variety show That’ll Be The Day returns with its brand new show!

40 years on and the music of Jeff Lynne and the Electric Light Orchestra is still regularly played on radio stations across the world. ELO Experience brings these great songs back to the live stage!

Returning with his meatiest show yet, Chubby is still rude, still crude as he continues to burst bellies across the country.

If it’s comedy that you’re after how about The Queen of British Comedy Dawn French live on stage in her first ever solo tour. The award winning actor, best selling novelist and all round very funny lady has written a new show, 30 Million Minutes, based on her life and career.

Based on her critically acclaimed book Sane New World. Ruby shows us how to rewire our thinking to find calm in a frenetic new world and how to become the master, not the slave, of our own minds.

Retelling the Biblical story of Joseph, his eleven bothers and the coat of many colours, this magical musical is full of unforgettable songs including Any Dream Will Do, Close Every Door To Me and One More Angel. The show stars Lloyd Daniels as Joseph, Danielle Hope as Narrator and returning to The Churchill Theatre after his panto here is Matt Lapinskas as The Pharaoh.

Simon Callow performs this fresh and moving account of biblical stories including the raising of Lazurus.

Simon Callow performs this fresh and moving account of biblical stories including the raising of Lazurus.

Following the release of his new book, the legendary film star chats with biographer Gareth Owen about his astonishing life and career.

The Great Detective Poirot returns in Agatha Christie’s Black Coffee. In the first play ever written by Agatha Christie, we are introduced to a character who went on to become the most famous detective of all time and the only fictional character ever to receive a full-page obituary in the New York Times. Starring Jason Durr.

This affectionate, moving and fantastically funny homage to the greatest comedy double act that Britain has ever seen, Morecambe and Wise.

Charles Ross recreates the enchanting world of middle earth with nothing more than elbow pads and his imagination.

As major players in the magnificent 1960’s British pop revolution, The Hollies hallmark vocal harmony has not wavered throughout 50 years of continuous touring, performing and recording.

Following a sell-out run on Broadway, four and a half years in the West End and on tour, Stones In His Pockets returns, starring Game Of Thrones Actor Ian McElhinney.

After a messy divorce Robin and Marian are forced back together to fight the Sheriff once more. Starring Su Pollard and Cannon And Ball.

Jethro’s fruity Cornish humour is the perfect remedy to cheer everyone into cachinnation.

Introducing The Formations, this ultimate celebration of the sweet sound of Motown is back!

For one night only, six legendary names take to the stage and deliver a night you won’t forget!

Barry Steele presents his all live tribute to The Big O, featuring classic hits from the 60’s right through to the late 80’s.

Joe began his career over three decades ago. His big break came in 1981 when he was a finalist on Search For A Star. A short time later Joe received the variety club of Britain award as most promising Artiste of the year.

40 years after ABBA won Eurovision, it’s your chance to thank ABBA for the music! Abba Mania is a night not to be missed, featuring all of the greatest hits!

Let’s Hang On returns to take you on a musical journey through the history of Franki Valli and The Four Seasons.

Set to Tchaikovsky’s endearingly popular score and complete with stunning costumes and sumptuous sets, The Nutcracker is an un-missable festive delight for all the family.

Known as ‘The Rat Pack Of Opera’ due to their charm, charisma and style, Scott, Jem and Paul deliver a refreshing selection of much loved classic hits from the world of opera, musical theatre and pop, from self-penned material through to classics such as Nessun Dorma and You Raise Me Up.

Following their recent acclaimed productions of Oklahoma and The Pirates Of Penzance, WWOS return to The Churchill with another family favourite.

Get ready to party as the UK’s most successful Rock ‘N’ Roll variety show, That’ll Be The Day returns with its extra special Christmas show!

Starring Nicole Faraday (Bad Girls, Emmerdale), Over The Rainbow is a compelling musical, which tells the life story of this legendary artist, following Eva’s life through dramatic scenes and stunning live renditions of her music including a haunting interpretation of Somewhere Over The Rainbow.

The National Theatre’s award – winning comedy One Man Two Guvnors, embarks on it’s biggest-ever tour of the UK and Ireland. Starring Shaun Williamson and Emma Barton. A unique, laugh out loud mix of satire, songs, slapstick and glittering one liners.

Following their smash hit success with The Play That Goes Wrong, which now returns to The West End – Mischief Theatre Company (Winners of the 2014 Whatsonstage Best New Comedy award) bring their hilarious spin on a family favourite to the stage with Peter Pan Goes Wrong.

In February 2015, Tom Stoppard’s undisputed masterpiece Arcadia is in Bromley. One of the most exquisite plays of the 20th Century. Set in a stately home in the 19th Century rural Derbyshire, secret desires and professional rivalries take hold of the residents of Sidley Park as a talented pupil makes a startling discovery well ahead of her time.

After its previous success here Spamalot returns in April 2015 with casting to be announced! Voted the funniest musical in Britain!