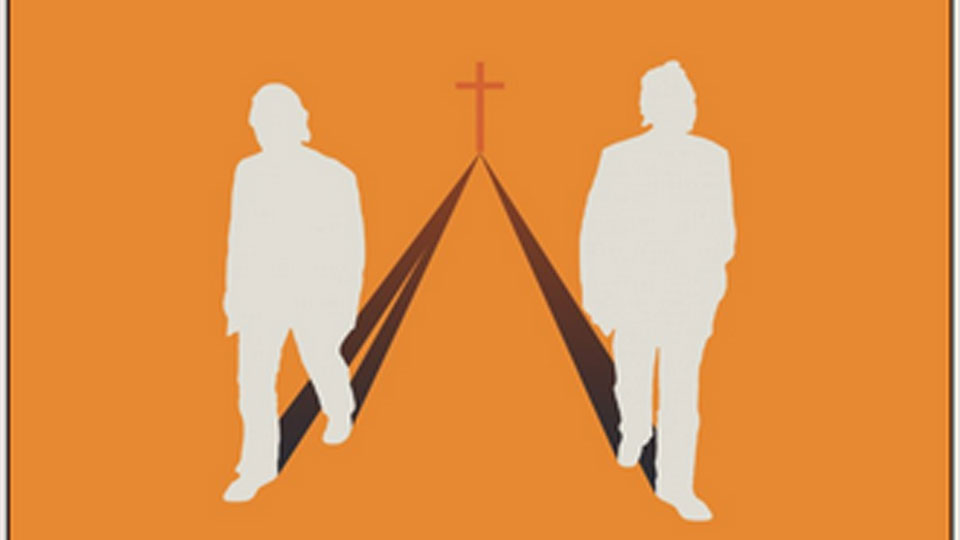 In 2006, Richard Dawkins changed the nature of the way ordinary people felt they could talk about religion when he published his gloves-off bestseller The God Delusion. Until then, it was socially unacceptable to subject religion to the same scrutiny as any other human endeavour from politics to art. Suddenly, the non-religious were empowered to speak up: Dawkins had lit the blue touch paper and given a voice to the previously voiceless. The Unbelievers is a documentary revealing the fruits of the seeds Dawkins sowed in 2006, where organized campaigns for reason to be at the basis of public policy have gone mainstream… and global.

The Unbelievers follows Richard Dawkins and American physicist and writer Lawrence Krauss (author of A Universe From Nothing) as they travel all over the world promoting reason and science through talks, rallies and book signings. They’re a hugely enjoyable double act, their English versus American differences and similarities (something like a modern day Watson and Crick) making for great viewing. There’s a wonderful moment of slight awkwardness when the two unite on screen for the first time. The effusive Krauss greets the more reserved Dawkins at an Australian airport, eschewing a brisk handshake in favour of a man hug. Where they may differ on preferred social greetings they share a rapport and easy banter when it comes to their shared passions of science and education. The two media-savvy academics create a buddy movie or ‘bromance’ atmosphere, though admittedly with more intellectual vigour than the genre usually allows for.

The movie opens with contributions from famous faces from the entertainment world who also happen to be atheists. Some names won’t surprise – Ricky Gervais (The Invention of Lying) and Tim Minchin (if you haven’t heard The Pope Song stop what you are doing and Google it) are outspoken about their atheism– but others, such as actors Cameron Diaz (Charlie’s Angels) Bill Pullman (Independence Day) and James Morrison (Bill Buchanan in 24) are perhaps surprising to see, but they prove equally thoughtful and eloquent. The message is clear: these household name entertainers hold no supernatural beliefs and use science and reason as their guides. If you share their non-belief, it’s safe to ‘come out’ and say so.

The movie is deliberately shot like a rock band tour documentary, and the allusion is an effective one, given the thunderous receptions the globe-trotting Dawkins and Krauss receive in packed-out venues from Sydney to London to Washington DC. Dawkins and Krauss are the rock stars of reason: even down to their trademark appearances (Dawkins’ grey suit and hand-painted silk ties – Krauss’ dapper headwear and snazzy shirts).

There is priceless footage Dawkins on Q&A (the Australian Question Time) in which he faces off against the top Australian Catholic and bookies’ outside bet for pope, Cardinal George Pell, who demonstrates his gross ignorance about evolution to a bemused Dawkins. Teaming up with Krauss afterwards, Dawkins laments that the flow of such discussions is inevitably interrupted by the chair, who brings in other people for the sake of balance. The movie addresses precisely this shortcoming. Between tour commitments, Dawkins and Krauss find quiet places to sit and chew the fat. “What’s more important… if you had a choice… to explain science or destroy religion?” Krauss asks Dawkins. It’s scintillating viewing…

As well as their conversations especially for the camera, the movie contains excerpts from their staged talks together in front of audience numbers churches would kill for. Along the way they meet fellow big names of the movement including Sam Harris, Daniel Dennett and James Randi. The movie culminates with the 2012 Rally For Reason in Washington DC, where a record-breaking 30,000 atheists and secularists gathered in the pouring rain for an event ignored by the mainstream media too worried about ruffling religious feathers.

The Unbelievers is a coherent and skilfully edited film. The only real shortcoming is that it’s not long enough. In a way, a documentary could only whet the appetite for the two men’s full public lectures and books, but in covering the professional lives of the movers and shakers behind the unprecedented global atheist movement, the film succeeds in making the key issues accessible for neutral viewers, as well as offering a rallying call for firm advocates of reason. There are even a few religious fundamentalist nutters waving banners thrown in for comic effect.

The lengthy extra features leave the viewer sated. There is a further twelve minutes of conversation between Dawkins and Krauss in which they talk about what it means for the universe to have come from nothing. Residents of Slough beware: Dawkins (presumably explaining the dreary and oft-mocked English town to Krauss) quotes from John Betjeman’s less than affectionate ode to the place.

There are also extended interviews with the guest contributors in a feature that runs to almost an hour. Novelist Ian McEwan is especially erudite, sardonic and honest in his responses. From the comics, the potty-mouthed Tim Minchin and the acerbic Sarah Silverman offer the right ratio of laughs to serious points; whilst there’s no one better than Ricky Gervais for pithily pointing out the ridiculousness and absurdity of religion and its adherents: all delivered through gales of giggles. Valuable sustained commentary on the subject is offered up by legends including directors Woody Allen and Werner Herzog, as well as writer Cormac McCarthy (The Road).

The Unbelievers is a must-have for anyone who strongly advocates secularism and reason, especially if they’re also science-loving atheists. The movie and the extras are a great resource of ideas, and a reminder as to why it’s crucial to have the science versus religion debate now more than ever before. The movement itself is welcome proof that minds and intelligences of the general human populace can be stimulated by leading scientists, and it can only be hoped the movie reaches an even wider audience. As for the Dawkins/Krauss double act – we want more. Is a screwball comedy written by Ricky Gervais and directed by Woody Allen too much to ask?