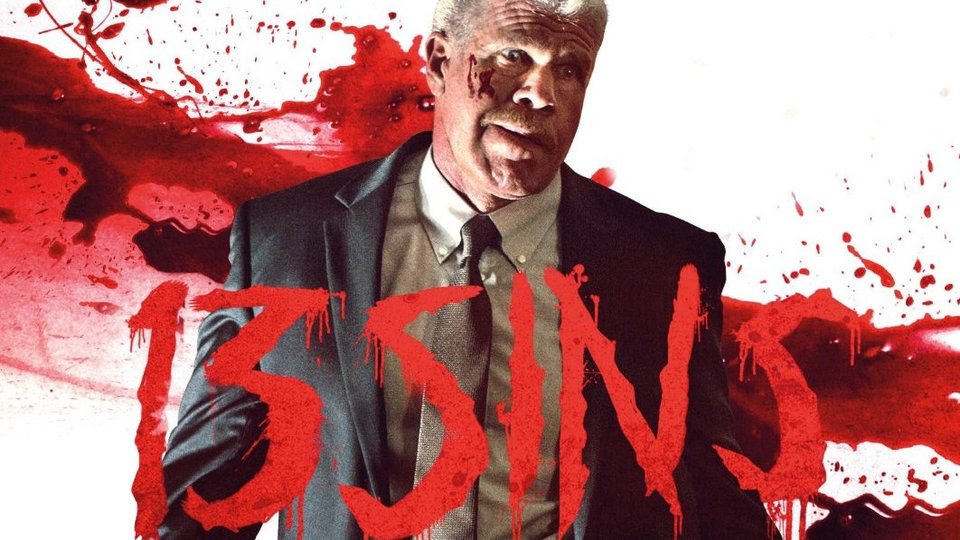 Drowning in debt and rather weak-willed at his job as a salesman, Elliot Brindle (Mark Webber) receives a mysterious phone call informing him that he is a contestant on a hidden camera game show. He must complete 13 tasks to receive a multi-million dollar cash prize. As the games progress Elliot realises he is trapped into the horrors created and manipulated by his unseen spectators as the tasks become more dangerous and manipulative. Elliot has to ask himself if he is ready to go past the point of no return for a cash incentive that will help his family life.

13 Sins comes from Daniel Stamm, who previously directed The Last Exorcism, and Jason Blum, the producer of the Paranormal Activity franchise. Both of them are firmly entrenched in the horror genre, so it’s interesting to see them step slightly away and have a running jump at a film that is more thriller than horror. But don’t worry as there are still plenty of gory moments in the movie. In fact, the more outlandish the tasks become the more the film starts to resemble the torture porn films of Saw and the like. It knows that throwing enough deep red liquid around will keep the gross factor high up the scale.

But beyond the slicing and dicing, a film that tries to be a thriller needs a storyline that isn’t one-dimensional. Here in lies the problem with 13 Sins as it struggles to deliver a storyline that is both tension filled and includes the odd twist or two along the way. Instead we bear witness to a movie that doesn’t quite know what it wants to be and tries to straddle both genres without actually hitting either of them.

The over reliance on the main character to carry the storyline is one of its downfalls. Mark Webber is an entertaining guy as a secondary lead in the films he has broken through with. But he hasn’t enough emotion or grit to hold a film together on his own, especially one that doesn’t have a storyline that works to his strengths.

Hellboy himself Ron Perlman has so little to do that he could have been played by a cardboard cut-out. At least give the guy somebody to punch and shout some clichéd cop lines at. The one neat little surprise here is seeing Rutina Wesley, normally seen as Tara in True Blood, play the put upon girlfriend with aggression and lots of swearing. She is an enjoyable presence when on screen. Sadly she gets sidelined far too much to kick ass and grab the story by the blood soaked nuts.

13 Sins trundles along at a steady pace but it never fully escapes the genre shackles it puts on itself, rather it feels like a movie that has been watered down because of its limitations. A bit more care and attention on the production could have brought about an interesting b-movie. Instead it knows neither who nor what it wants to be.