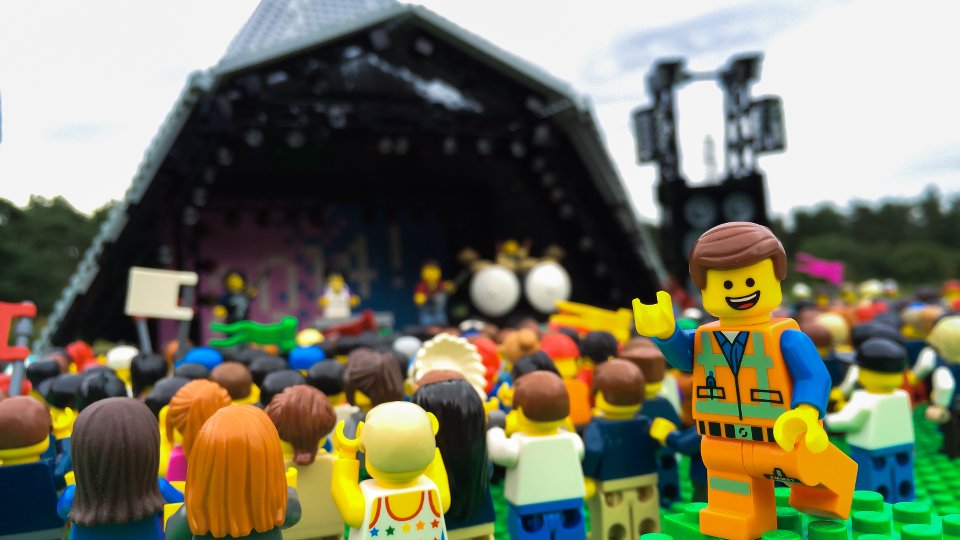 Glastonbury is the biggest event in the UK music calendar and even The LEGO Movie star Emmet has taken time out to go this year.

A series of new photos have been released to celebrate the forthcoming release of The LEGO Movie on Blu-ray and DVD on 21st July, and digital download on 7th July.

The original 3D computer-animated story follows Emmet, an ordinary, rules-following, perfectly average LEGO minifigure who is mistakenly identified as The Special, the most extraordinary person and the key to saving the world. He is drafted into a fellowship of strangers on an epic quest to stop an evil tyrant, a journey for which Emmet is hopelessly and hilariously under prepared.

The film features the voice talents of Chris Pratt, Will Ferrell, Morgan Freeman, Liam Neeson, Will Arnett, Elizabeth Banks, Nick Offerman and Alison Brie. It is directed by Phil Lord and Chris Miller.

Check out more images of Emmet at Glastonbury below: